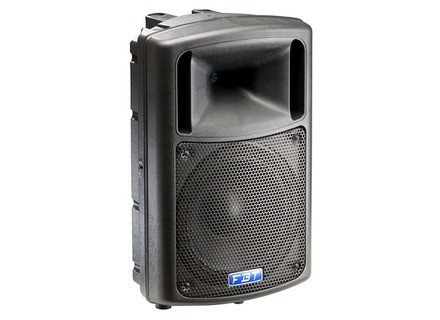 balkam's review (This content has been automatically translated from French)

FBT MAXX 4A
4
Used for two years, not a failure, not a single case of intensive use dfaillance (4 benefits per week)

trs a good product, similar to a stereo sound

lacks a little low, need a box ds s'largit sound with the volume to be 100 people

a default: a grid fragile! prvoir the carrying cases

from the DAS hardware is really good, a tone below the Chilton amplified significantly higher!

Price relative quality: excellent
choice I would do without problem!
Did you find this review helpful?yesno
»

labarjaque's review (This content has been automatically translated from French)

FBT MAXX 4A
1
Approximately 3 years
Its nickel, relatively intensive use of potentiometers and appearances on a crisp. The other a low-frequency toc appeared and makes it unusable. Service almost non-existent, meet me at the end of two months for the exchange of standard amplifier module at half the price of the enclosure.
I have two other pairs of speakers, two passive and two active PEAVEY THE BOX 302A.
Value, expensive compared to SAV.
No, I intend to give up even the speaker to acquire another distributor at the cost of repair.

ericvda4's review (This content has been automatically translated from French)

FBT MAXX 4A
5
April 2007
I have for about one month, and I had already previously used for rental
They work with a Mackie subwoofer sw1501 and they give good things.

Operation is the same with classical music right now, and in rooms 400/500 of people it works well.

The only regret is the lack of a witness and saturation signal to indicate what he was sending. But otherwise nothing to say. Its bright and clean.

In sound recordings are MD and CD with a broadcast console with Yamaha 01V96 mixer.
At the other product in comparison to Nexo PS8, and JBL eon ... And globally between sound, power, and the price, I think that choice again without worry.

When I see the investment between Nexo, with the amp, processor, and the two speakers, and the prices of FBT two, I prefer the choice of FBT ...

Given that price levels between 5 Euro 7000 (PS8, subwoofer, amplifier and processor) for NEXOS a cot and my choice of FBT 1600, plus 800 euro for the subwoofer, and the table yamaha mixer (2200 euro) it allows me to rinvestir in another pair of FBT if necessary.
This,

Always glad to use this forum.

Still works as well, both in contemporary music than classical music.

So I would do this choice, and I intend to double the Maxs4A able to go on a slightly larger rooms, or to work on a 4-channel sound system (front / rear) for sound depth.

So I doubled my facade and this is very nice. I do not give more power output, on the contrary, but the sound is much Submitted +, more imposing. So I am fully satisafait of my 4 maxs 4A.

rouldug's review (This content has been automatically translated from French)

FBT MAXX 4A
5
I use them for ten years inside collection outdoor.
O In the era I bought them, they were worth half the price of equivalents and a JBL sound but trs trs color correct (both warm and punchy bass in-mdium AIGS), they do not sound at all "shoe box"). So the excellent quality price era, but now the price has increased is frankly bad.
I had chosen APRS test ear in fire Backstage. I do not know if I will make the same choice now, but the test ear audiotorium, there are only a real!
Their default: they are touchy ct weight (they must have made a good earth if bzzzzz) pramplis and gain are not sufficient to fully recover from a "line" (as against if you force them in between "mic" in the gain of rglant properly derrire they sound of thunder!) and must be rgler ear (rglage gal, the two do not sound the same!).
Did you find this review helpful?yesno
»
Read the 5 user reviews on the FBT MAXX 4A »