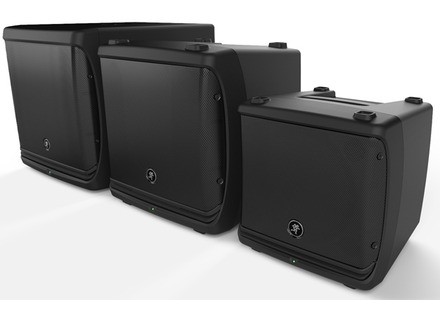 dan.carr's review (This content has been automatically translated from French)" test dlm mackie 8, pros and cons"

Mackie DLM8
3
I have tried 2 times dlm 8 at home, not because already live down after an hour, i test my setup to return to live in the country trad folk duo style, small and medium long room, rarely outside, so the goal was have an element, not two, my voice low and back, so to spend my bass directly into the dlm, I know this is an 8-inch, but it is not heavy, and without a drummer without forget that we are talking about the famous 2000w announced genz benz model has a 8 inch bass so why not, i requested that my mackie has confirmed the connection of a low as possible, so my bass out front from the dlm and receive my voice and violin at the table, I'll start with the positive, for voice, instruments or medium, there are a lot of options with EQ and effects, despite the test apart, i had the impression that u potential, and potato, good bass, remains to be seen if we get into the details as to remove some harmful frequency equalizer between low medium high, because it is limited, we can precisely cut medium frequency serious example, but I think we can get a few good thing anyway, with pre-set equalizer curve, feedback eliminator and also low but the strange thing is that I put the dlm up to 10 without breaking the windows with a warwick active at max, volume i live like my usual gallien K 150w, but it is a 4 out of 10? i tried to put a boost with the mic button, but it does not jack in that line, too, like a microphone, if you plugged a jack, micro more powerful function does not work that with xlr, so sound is more mellow kind dlm compressed my GK more direct, there are also interesting possibility for bass, but no top margin for the live outdoors for example, I feel the edge of the box, to not reassuring small vibration in extreme severe therefore result ca not quite, almost, but if you play with a drummer, forget the 8 dlm to do with the 12, but eventually it for n ' did not work was my second attempt, and ignition signal yes, but no sound, nothing? dlm it was in the normal state are at maximum volume for the 2000w?
and finally i a knob malfunctioning, no click like the others, enormous pressure to operate, so for new, not terrible verification, key Chinese perhaps! after SRM 150, which collided with my mic like crazy and crashed too small compared to my FBT Jolly catching much less with the same mic, or is serious mackie? except for my cfx table made in usa still on the road after 10 years without revision!

Published on 01/24/13
Mackie adds an 8 channel little brother to the DL1608 touch mixer and launches the DLM loudspeakers designed to be controlled by the DL mixers.