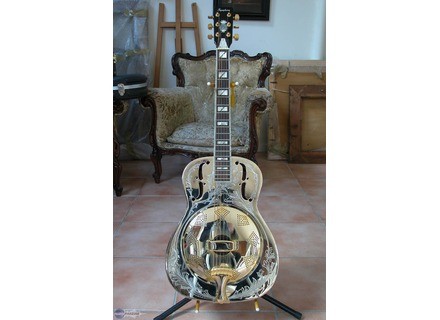 All user reviews for the Cort Resonator

johnjfk's review (This content has been automatically translated from French)

Cort Resonator
5
Guitar manufacturing Coren, a resonator guitars are heavier than the folk which is due to the thickness of the wood used then a greater weight; spruce top, mahogany back, rosewood fingerboard, inner cone type with spider unfortunately the price we have nut or plastic crap that breaks all the sound but the only detail level material is wrong, right trs .

I use it since early July, I make the most jou in open ground to the mid gallagher and also a standardized happens, I tried another model 3515 Ozark great but it is a lot of metal parameter varies, en 50 and 47 of fender or it's not them it is their specialist in the stratum which, johnson is the input-end is also honest I like the brand cit.
The value for money is honest trs 560 and is very well done what dobro, the next is a 3515 Ozark complment which is in the range, unless I find a national or a gibson but d THE TIME and I count too. This is well done and dobro trs honest, I think again I hesitated with the Ozark Czech it is well rooted it is, I am satisfied with TRS
Did you find this review helpful?yesno
Cookies help us improve performance, enhance user experience and deliver our services. By using our services, you agree to our use of cookies. Find out more.