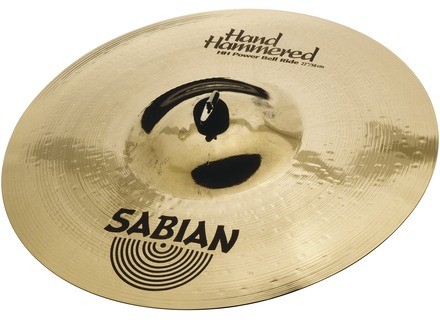 San's review (This content has been automatically translated from French)

Sabian HH Power Bell Ride 22''
5
It's been 7-8 years since I ... I bought it for the bell
and I must say that the sound kills, it is hot and trs prcis ...
It's a cymbal trs trs grazing and solid ...
It dlivre volume but also enough lev
adpend of the intensity of the strike ...
I recommend for a quite rock ...
This type of cymbal, it achte
and we guard all his life ...
Did you find this review helpful?yesno
»

drummer ju's review (This content has been automatically translated from French)

- What thing do you like most/least about it?
What I like most about this ride is the sound of a bell which is really huge, perfect for rock, metal and other styles requiring a very loud!
What I like least is its lack of versatility. To music a bit soft it takes too much space and even becomes pervasive in a configuration or tavern small bar ... The body of the cymbal itself lacks ping to my taste and tends to drag a bit at the sustain, resulting in a lack of precision.

- Did you try many other models before getting this one?
Just no ... I was amazed by the sound of this cymbal bell I could hear a concert that a friend did and it's partly why I was purchased.

- What is your opinion about the value for the price?
Very very well and too expensive! At the time I had this cymbal pay over 450 € ... and now you can find to 379 € on commercial sites. What I find more expensive ...

- Knowing what you know now, would you make the same choice? ...
Well no, youthful and also changing some of my tastes and perhaps now I no longer play for me but for others that I accompany zicos, I was not necessarily before, and this cymbal would pair with my behavior.
Today I opted for a Zildjian K Custom Ride 20 coolest with a real table, a more reasonable volume and a bell when even less imposing.

In short I think this cymbal is made for only one style, the big rock that sends his race! For the rest go your way ...
Did you find this review helpful?yesno
»