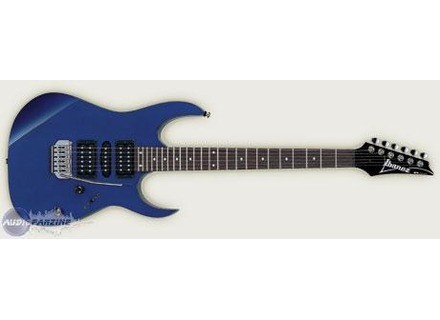 RG170, STC-Shaped Guitar from Ibanez in the RG Standard series.

Ibanez RG170
5
Well, i had only been playing guitar for about 6 months when i purchased this beast. Like most guiar fans would know Joes Satriani and Stevei Vai both use IBANEZ. So i knew they must be pretty good. I wanted an easy to play guitar and that was good quality for the money i had. I got this baby for just under $600 australian dollars after a bit of haggling. I brought it in a small music store in Victoria but i had to ask them to order in in becuase they didn't usually supply this guitar. So after waiting a few days the guitar was ready to be picked up. i took it into my room and plugged it in. It was absoloutly amazing. The humbuckers, pickups, pickup selectors all worked imaculately. I have had this guitar for a year now and i have never had a single regret in buying it. it was a great guiatr for developing my guitar playing skills and i advise all begginer/intermediate guitarist's to deeply consider purchasing this model. It is affordable and provides a great sound.

I love every single thing about this guitar. the design, the fret board pickups, the lot. It is easy to play and the strings are nice and close to thefret board. It gives an awesome sound and is great for just about every style of guitar.

This question is difficult to answer. i have not found a single flaw in the year that i have used this guitar. Although if you are a heavy strummer, the pick-up slector may get in the road. But don't let that hold you back.

This is a very well designed unit. There are no inperfections what-so-ever. the paint job is pretty much just as good as when i first brought this guitar, and every thing is still in great working order.

To sum up. If you are a begginer/intermediate guiatrist who especially loves rock guitar, or any style of guitar for that matter. I would highly recomend you purchase this guitar as it is extremely good quality and very well built.

Ibanez RG170
4
Well, i bought this guitar because i wanted to play like my idol KIRK HAMMET (dream on.....).I bought it from a shop in Dusseldorf, Germany called Pettersen and it costed 310 Euros.


Well the first thing i liked about this guitar was the neck, i meen it's soooo incrediblly fast and the action is very low,it has 24 frets and in my opinion it's very close to the perfect neck. Also it's a very flat neck, which makes huge bending very easy.Another thing i liked were the control knobs which were very abrazive so your fingers will never slip when u touch them.One more thing i liked was that this guitar is very well built, and the finishing and freeting is excelent for the price, belive me, exellent.Also , i liked the bridge humbucker which has a very powerfull sound and the middle single-coil which has a very warm-funky sound much like a fender.The last thing i liked was the tremolo, also very well built.


Now, about the construction and quality, as i said earlier, it's exellent for the price, and i think this is the best guitar you can buy for the money (except for the input jack which can be easilly repaired by a profesionall)

Psychedelic_Max's review (This content has been automatically translated from French)

Channel enjoyable trs
Accs easy-to dernires frtes
-Trslgre
A good-easy to get the sound even when there are sought-three pick ups, including 2 doubles and 5 positions and the tone + ...)

-Suitable for a variety of musical tyles ... A versatile guitar trs

I have used it for 2 years ... and no regrets since it was purchased ...
Excellent quality-price!
If I was re-buying in such ... I would take again the RG MODELS suremnet but that a check mark in it ...