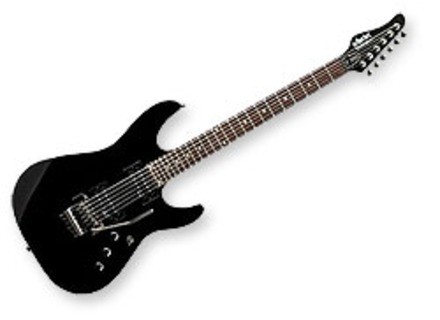 Schecter Sunset Deluxe
3
I just started playing guitar last Christmas. My folks got me one of those first act kits, which was decent, but basically junk, so through the year I really started playing a lot and wanted to at least upgrade the guitar before the amp. I was playing a lot of guitar hero with my friends too which really fired me up and caused me to want to play more real guitar.

I bought this from Musician's Friend with some birthday money. They had a sale and it was going for $249 as opposed to $349 which it normally costs. I think shipping was free too, which really helped cut down on some of the expense. I was going to get an amp too with the money I saved (I was planning to spend about $400), but decided to keep that and save more and get a really nice amp next, maybe a half stack if I'm lucky.

I like the look of the guitar. It has a real hard rock / metal sort of look to it. The dual humbuckers really scream and sound real good for overdriven rock stuff and harmonics, etc. There's a 3 way switch too which allows you to mix the pickups around to get a nice blend of tone. I like the 24 jumbo frets too, they really help to make the fretboard easy to navigate and I like the width between frets, etc. This guitar is really easy to play and the action is pretty good too. The tuners are schecters own, and the hardware is a cool black chrome finish.

The guitar is really light. Almost too light. After reading up on it, the body is made from basswood, which I think is normally used in the lower range guitars so I was a little worried about whether this guitar would have enough sustain. After playing it for a while, though, I'm not so worried. It's not as good as some other guitars, but with effects it's still got pretty good sustain. The neck is also a bolt on, which is what you would also expect in this price range. Not ideal, but good enough for me, right now

Overall you can tell where some sacrifices in materials were made to come up with a decent guitar in this price range, but they really didn't sacrifice playability, which obviously is very important. Sure, it may not have all the extras and if it's not built like a tank it may not last for 20 years, but for $249, what do you want? I'm pretty happy with it. Decent guitar for a decent price.

Like I said, I saved about $150 over what I was planning to spend and got a really decent guitar and am partially on my way to getting a great amp too. The Schecter brand is pretty well known and popular, and in this price range I think I got a lot of value. The Schecter Diamond Plus pickups are pretty sweet too, so you still get a lot of good tone even though some of the materials aren't the best.