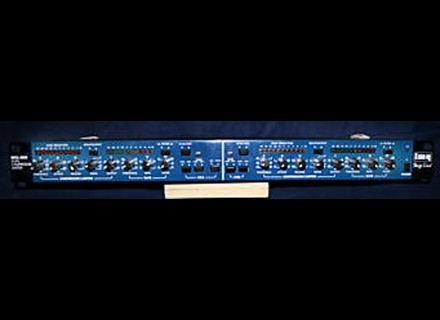 Average Score:4.0( 4/5 based on 2 reviews )
Audience: Anyone Value For Money : Excellent
Not satisfied with those reviews?
Our members also liked:

Buy one. You won't regret it guaranteed.

Fantastic two channel compressor/limiter. Benchmark testing has shown it (surprisingly for its price) compares favourably to units 4/5x its price.

Buy one. You won't regret it.

This is the most musical of comp, far from it. He breathes quickly. But it is effective.

It compresses and destroys a little sound. To avoid a home studio.

on the other hand to compress the live rock in bar or limit a disco, it works well. Effective, robust LEDs are fair (I mean not false), parameters respond without much finesse, (but in bar-rock, it is enough).

A little nag, but when you need to go fast is what it takes.
Either out of her own sound
Or, in extreme cases, the lead vocal
Is the output of the PA's permanent bar-car-shows.

What I love most: my girlfriend
What I like least: her boyfriend

It was really cheap, about 150 €. For that price, what you want! But it works.
Did you find this review helpful?yesno
Cookies help us improve performance, enhance user experience and deliver our services. By using our services, you agree to our use of cookies. Find out more.