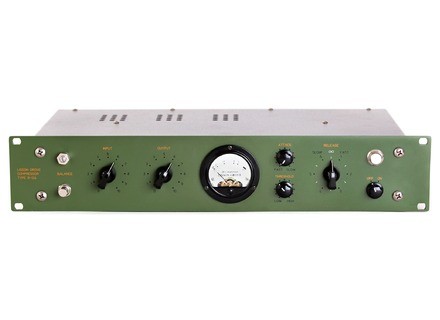 Lisson Grove R-X24
5
The Lisson Grove R-124 is a reproduction of R-124 compressor that was used at Abbey Road. As far as I know, this is a fairly new creation, and the studio I work at was lucky enough to have the chance to try it out on a recent session. The general characteristics are pretty straight forward – it’s got XLR connections for input and output at least, and I can’t remember if it also has ¼” TRS, but we hooked it up via XLR anyway. It is a rack mountable piece of gear and will take up two spaces in a traditional rack casing.

Using the Lisson Grove R-124 is quite simple if you understand the basic parameters associated with compressors in general. It’s got standard parameters for input and output levels, as well as for threshold, attack, and release. That’s pretty much all there is to it, so experienced and semi-experienced users will certainly notice that this is a pretty familiar make up. I haven’t seen a manual for the R-124, nor do I ever anticipate needing to see one.

The overall sound of the Lisson Grove R-124 is nothing less than outstanding. I haven’t used the original R-124 that this is designed after, as I don’t think that there are many around and especially not in the United States. There is a plug-in version of this that is made by Abbey Road Plug-ins, so I was familiar with the R-124 in general. The one application that we used this for on the session was for compressor a drum overhead. It wasn’t for a standard drum overhead, but rather one that was put up in addition to the traditional overheads, which the sole purpose of using it as a super compressed signal. The result was an incredibly warm sound for blending purposes.

The Lisson Grove R-124 isn’t cheap, but as far as I know it’s the only way you can get your hands on an R-124 like those used by The Beatles and so many others at EMI/Abbey Road studios. Just the whole design of this is incredibly well done, and it really does look awesome as well. If you’re looking for a top of the line compressor for your pro studio, the R-124 is absolutely one worth considering.

Published on 01/07/11
The R-124 is a valve compressor based on the classic 1960s British studio units used extensively on all of the Beatles' recordings.