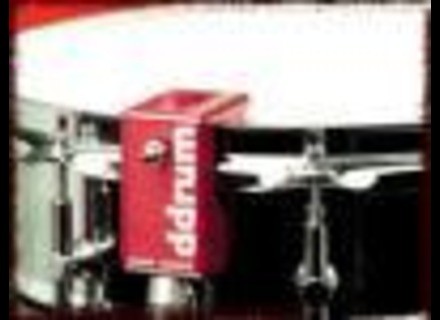 dialo8z's review (This content has been automatically translated from French)

Ddrum Pro CC
4
I use it for more than three months regularly.
-The highlight is the stro, with a module that supports it on a snare drum sound is the rponse trs good: the one in the center and one on the rim of tr s good invoice seems unstoppable ...
-I have not tried the MODEL TDRUM in the same range, but should be similar.
Well-the stuff that could not be simpler, a piezo disc in the rim, and a piezo mounted on a foam is pressure on the drum head, all connected to the XLR output, nothing trs but more effective then a 70 euros on average worth it.
-Yes to its robustness and reliability of the shot I tried on my normal sound and GC is not catastrophic to have a good rponse according to the dynamics of the game
I will reevoir the ending for pro to kick, I'll give my opinion on APRS tests scne ... (has the unforgiving).
Did you find this review helpful?yesno
»