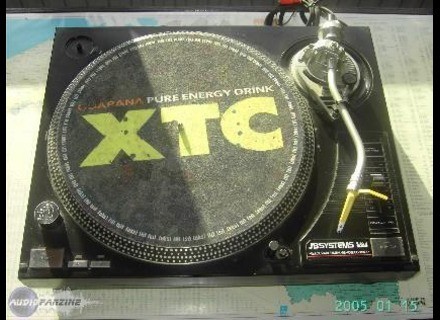 scrabz's review (This content has been automatically translated from French)

It was the first stage I had and I am satisfied with the fact that I probably reinforces the IEA given that impression.

Note when I mixais, the plate has stopped rotating when the disk went into my room but that was not very serious, now it would be more problematic in the evening it happened (the break in the middle of music is not top ) must play again for it to go again) it made me ac for 1 week and after it was left come in 14 ...

For me the value for money was great, it is possible to find a 70-80 € in opportunity c'es so not so bad, perfect for first it is super simple and basic as being effective!

I would do this choice, since I almost buy me one second, but a better opportunity presented itself to me, I personally advise you if you are new or want to mix without the fuss
Did you find this review helpful?yesno
»

+ Its life
Its handling +

- The Plateau really cheep!
- The torque too low

Not really, just by following MKII

Unbeatable value for money at the time, JB is reliable equipment.

With experience, given the high cost of platinum is 10 years old There's so taken j'urais If a TSB or gminas, in default of i ... Technics
Did you find this review helpful?yesno
»