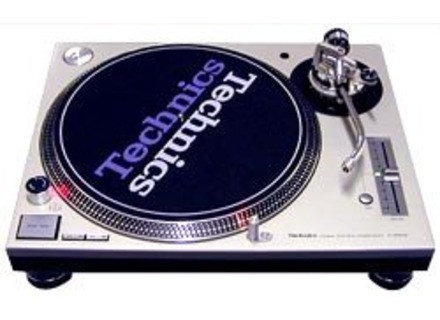 Technics SL-1200 M3D
3
Technics shouldn't have tried to update perfection. Some of the features on the 1200 MK3D make no sense. You have the pitch lock button. What is that for I could just put the pitch back to 0 and it tends to stay when I put it. It's kind of a childs safety lock for turntables. Then we have the dust cover that have hindge bracketry but no hindge. They say its for the DJ's ease. I've been Djing for over 20 years and I have never found it hard to remove the covers from thier hindges and placing the cover in a safe place. At the end of the gig reversing the above proceedure and packin up.

The MKIIID sound the same as the other versions of the 1200.

I would and do use them out @ a gig. They just feel a little lighter and therefore a little more easy to damage.

I don't love them. I would easily sell them today. I just use them. If I had to make a suggestion to the &quot;Big Wigs&quot; at technics I would tell them. Go back to the design of the MK II's and never stop making them.. Leave the improvements to the other turntable guys....

Technics SL-1200 M3D
5
Perfection. the reason for the pitch lock is so you avoid having the clikey thing at around zero. if you're trying to mix it's smooth all the way across.

i've had to bring mine in, but i use them SO much that it's reasonable.

how could you not love the classic tt. it's like the caddilac brougham of 'em all. built like a tank yet hard to hit.
Originally posted on FutureProducers.com
Posted by: dacrunklobsta ( 7-, 2005)
Did you find this review helpful?yesno
»