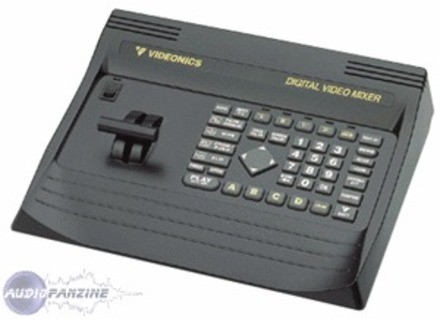 cabano's review (This content has been automatically translated from French)

Videonics MX-1
I am done by our this machine, I wanted to know if the price is negotiable, because I find it a bit expensive. thank you to answer me
Did you find this review helpful?yesno
»

aspro321's review (This content has been automatically translated from French)

Videonics MX-1
3
My choice fell back on the MX-1 for reasons mainly of budjet. Vj just a little broke I could not afford to buy a video mlangeur nine. THE FIRST impresssion rception of the thing, it's not fair rubber buttons that slide under the fingers and the look that reminds spcial a little more than the playskool mlangeur rgy pro. Yet once the whole branch: camra, pc, proj, it must be a reason, it is indeed a video mlangeur with melted, cut, over a hundred DIFFERENT transition effects, effects in real time, such as chroma key, the output dedicates prvisualisation with a display of four sources in real time as thumbnails on the m my guts. In fact there is only one true default this box, video mixing, the cuts are not French, either with the "T bar" or with the buttons. Half a second lag every time you want to change the source. I think it's true default and this justifies the price is infrieurs mlangeurs other hand. It plays perfectly at home with his rle of mlangeur 4 input video (composite or s-video), two outputs (one composite, one S-video), a preview release, and input-output sound. For effects INTERESTED, we notte the PiP (picture in picture) that puts a spring as a thumbnail in another source as well as the chroma key, which allows supprimmer color: blue for example (because mto).

In short, this mixed record mlangeur if c'tait again, I think I'd take something else, a mlangeur which allows for an instantaneous cut. However, for 250 euros (average purchase price) it explains a lot of services, and catch the 4 sources with preview thumbnail is very practical.