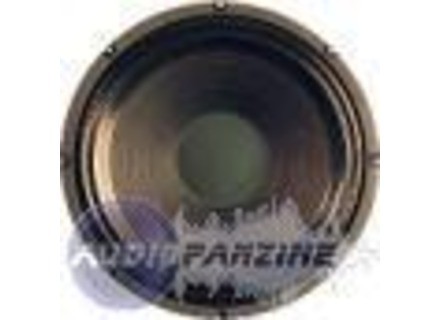 Legend 121, 12" loudspeaker from Eminence in the Legend series.

Use electric guitar, first in a spider2 112 then corrected with a triple head, a head Crate PowerBlock and finally a bandit 112 of 2004 ...

He collects much power, 150w not so optimistic.
It goes well in a 412 with celestion K100 (big therefore, found in the box of the fashion series marschmal oven), where he brings the mids a bit lacking.
In a small box almost 112 closed (cube60 format) it is also comfortable.
In an open box, the outlaw, he also quiet cruise ...

This hp has good character, I married at full amp different without him make his sissy, yet not dull.
His performance is quite high, so even a small amp benefits.
The detail is good, even at low volume, which surprises me a bit since the 150w eligible.

Basically, the media have a good seed, neither clear nor dark, and take the super distortion in my RG7. The bass are there too, but not flashy. As for the treble is the same.

Have compared two bands, one with 121 and a stock. The 121 is much more comfortable when you put gas with RG7, it is really very good road while the HP stock is completely broken (with body? No, g. ..).

I have since 2004, is a nice hp to live at home anywhere.
If you listen to clips official website eminence, we see similarities with the large swamp thang except that the 121 is cleaner.

It sounds better than any I had celestion between the greenback legs apart (not like a special one!), Has nothing to do whatsoever with my jensen (alnico 10 and ck12-100), sounds a bit like a peavey sheffield but alive.

Not easy to describe a hp ... One thing is sure, this 121 has each time been a fairly clear improvement compared to the HP it replaced!
I paid 52roros at the time, it's nothing for a hp of this quality.