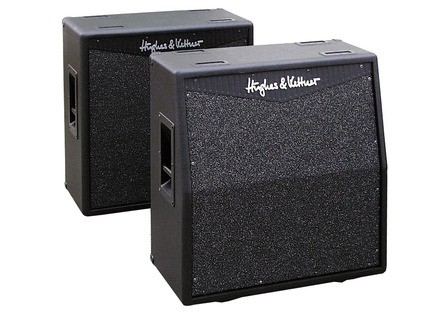 nine eyes's review (This content has been automatically translated from French)

Hughes & Kettner Attax AX412A/B Cabinet
5
Mine is a Attax400 (400 Watts) team of four HP Rockdriver and is unmistakable as the box is covered with a beautiful blue carpet.

Simple, one branch is heated lamps and a slap

Ct's, he is terrible at least for the mtal (Machine Fear Factory).
Submitted sharp but soft (not like my Marshall 1922 to tear my ds I timpani stick down).
The bass is good but not Dfine omniprsentes (very close to HP and Submitted derrire the box but much less than 5 m (normal ??????)
In any case a baffle compartment of Stack Warp7 it is small in low but the advantage of not dnaturer sound (this "Aque is that of a friend Warp7).

My overall opinion ?????
Mass murder (attention again to the style I play zik).
I buy OCCAZ There's a year and I look for a dsesprment deuxime but I can not find sniff !!!!!! (It's a cabinet that is no longer).

So I give my opinion on a Attax400 (4 * 12) that is not the same as that currently in the catalog but if it is in the same tramp and that's the spitting Watts of amplifier lamps and a large saturation prcise lights tight and then GO GO GO!
Did you find this review helpful?yesno
»

xavier13730's review (This content has been automatically translated from French)

Hughes & Kettner Attax AX412A/B Cabinet
4
2 inputs for use 8 ohm stereo or mono
This speaker can withstand up to 220 Watt
4 Celestion 12 "
Coating robust, but unfortunately it marks quite quickly
Mounted on castors

used 6 months with a peavey 6505, excellent sound very low compared to a marshall, very close to a face, but it costs LOTS cheaper!
great value for money, you never find better
choice that I will ever be, although it was too powerful for my room, that's why I sold it and my head 6505

If I should buy a head + cabinet, I Rasht because its price / quality ratio is great and know that you only pay when you buy the brand another speaker equivalent
Did you find this review helpful?yesno
»