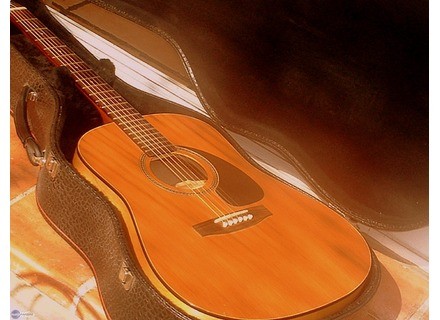 maley's review (This content has been automatically translated from French)

Seagull S6+ Cedar LR Baggs
5
This guitar is manufactured in the city of the country in Qubec by GODIN workshops.

This guitar has 22 frets with mcaniques oil bath. the keys are rosewood.
The bridge is usually the microphone is a microphone EQ LR BAGGS, a REFERENCE in the march to the microphone.

The handle is adapted to play fingerpicking but also in agreements.
The sound is powerful and the use of red cedar Confre him a warm, balanced.
The guitar is lgre and the table is exposed to the markings, however, due to many possible shocks.

This guitar is appropriate in all musical genres so that cool rhythm.
Electro-acoustic sound is excellent.

Trs good guitar that I recommend anyone who wants to play on a guitar in good order. It ages well and micro LR BAGGS is thundering.
Did you find this review helpful?yesno
»

lorenzino's review (This content has been automatically translated from French)

Seagull S6+ Cedar LR Baggs
5
Made in Canada, 21 frets, it has an LR Baggs preamp (I know there are new models with Godin Quantum preamp, but that I own has a relatively simple LR Baggs preamp (Gain, Treble, Mid., Bass ) but really effective and "transparent", I use that term to say a simple "push" to, for example, the high treble feels right now, and despite the cutaway, the Basses are present! Basically, the preamp. LR Baggs core (there are models with a preamp Duet, which combines piezo pickup and condenser microphone) seems to me more than enough for concerts in nightclubs, bars, etc ... and I say this with full knowledge case to have it widely used in these conditions! The handle might be able to be thinner but more complex arrangements that would triads are less easy to do!

As I said above, the handle is neither too thin nor too large for various styles of music! Access to acute is relatively easy on the model I own because it&#39;s a cutaway model! The access to the 21st fret is no problem! Not too heavy or unbalanced, this guitar is played without problems with different styles of strings, let me explain: there are special nylon string guitar "folks", equipped with balls to be mounted on easels to ankles! Playing a lot of Bossa Nova, Samba, Brazilian music in short, I mounted the ropes of this style and have given over 4 / 5 years a lot of concerts with these strings, and I was often asked "What is , your guitar, it looks like a folk and yet it sounds good nylon! (sic) again, with a Solid cedar, it has enhanced over time and when I replayed with the same time as tapes recorded in 1996, it looks downright another guitar, so I know it&#39;s the same, which I recorded these tapes! I have since 1993, and the sound is really great (a friend with whom I playing in the group prefers to play his Stratocaster pieces of Lee Ritenour, jazz, bossa ,..., flashing especially on the bass and treble)!

Since I bought a Godin Nylon Duet Multiac, I no longer need to climb ropes Nylons special folks, and with the strings it had originally (metal), all that is Rock Acoustic even Jazz, is a delight, and the Basses are super show, the mediums are not too thanks to the preamp settings, and highs are crystalline at will! I plugged into a 2x85-watt power mixer 2x125 watts and HPs, and I rarely need to set the master volume to more than 3 / 10! Without putting the volume of the guitar at the bottom, far from it, rather to the midpoints of the possibilities of this volume, even a little less! I play and register on a known site that allows musicians to register and show people of all backgrounds who can rate or comment on the recorded songs, and I prefer playing this guitar all that is Rock, Blues, etc ... on my electric! Seagull Godin is the brand for the electro-acoustic or acoustic, I can practically swear by this brand name! She cheerfully filled his role and even gets away with the honors!

I own this guitar since 1993 and one of the peculiarities that I love is that for a guitar that is not "toot massive", it has the cedar of massive, I do not know if it &#39; is the bottom and sides with Cherry or not, but that it will be enhanced is obvious, really "no photo" with her that she had at the beginning (which was already good), but to be used primarily only for 7 years before buying another guitar that I use nylon for Brazilian music, the comparison with recordings from the beginning shows how it has "enhanced"!
As I said above, it sounds divinely, and I am far from alone in that! Over time, I have no regrets really, really not buying this, far from it (I am very glad that the salesman made me connaittre this guitar because I had to buy a different brand)! If I had to buy another, I think I would take a guitar that mark, according to need! I&#39;ll even put in more of a micro piezo quality rose to have two guitar tracks, I say quality because the piezo is excellent! It is even to the point that I have to buy a guitar with nylon case, and I wonder if I&#39;m not going to take a "Homeland" which is actually the name of the place where this guitar was manufactured, I&#39;m so full confidence in Mr Robert GODIN for the quality of his guitars! Moreover, for the moment, I only have guitars from his "factory" (it is marked on the inside of the guitar "handmade", I am perhaps a little naive, but I really believe that anything could be done by hand (obviously, the guitar is a guitar mass, so there must have been several "things" made with machines), I "weakness to believe that what could be done by hand had to be! If I had to redo the choice of such a guitar, I would do without a problem, especially since I did not think that a guitar with "just" the table could be massive "enhance" that much! Excellent price / quality ratio! In my humble opinion, it was my first good guitar, and I do not part with it at all! But I had tried several good guitars before this purchase, and it convinced me that the preamp, not disappointed at all, I am pleased to have humbly made this choice!
Did you find this review helpful?yesno
»