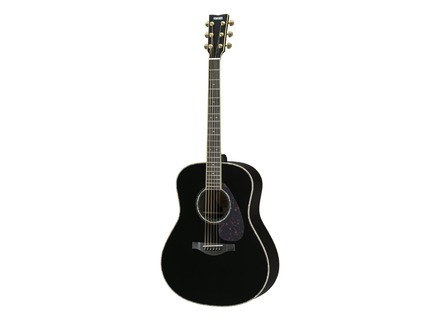 LL16D ARE, Acoustic-electric Folk/Western guitar from Yamaha in the L series.

View all offers for Yamaha LL16D ARE »

Yamaha LL16D ARE
5
Giving an objective opinion on it promises to be a tough work indeed, but I’m gonna try my best.

First, I want to mention that I won it at a Yamaha contest and had never even heard of it before I got it.
When the dealer gave it to me, he said “well you’re quite a lucky guy, for this instrument’s acoustic qualities could well be sold for double the price”. And that wasn’t a salesman”s argument as I was bound to get it anyway.

One last precision on this review: my previous folk guitar was a Storm which I must have bought for less than $100 many years ago, so no wonder I asked the Yamaha to marry me after hearing its first notes!

I brought it to my favorite luthier’s so that he added a strap button at the heel (le lack of which is the instrument’s first – yet petty – fault). Seeing it, he spent 10 minutes telling me what a great piece of work it was.
And for having played on an instrument that he made, I can tel this man knows his trade!

I play various styles ranging from Andy MacKee to Fink to Vaï (yes, he does make great acoustic tracks too) to very simple songs with 4 open chords in all, and I never found a style for which I found this guitar to be too limited.

As far as the acoustic sound is concerned, it’s very impressive compared with my Storm which was only exceptional for being my very first folk guitar. The solid wood is full of qualities and can be heard very distinctly. As for the ARE treatment which is supposed to imitate an aging wood, I can’t judge and you’d have to get the very same guitare with no such treatment to compare. Anyway, the highs and mids are very beautiful, clear-sounding and detailed. As for the lows… I fell in love with them at my first palm mute. Thes resound very well, yet not too much so precision isn’t sacrificed, even in DADGAD.
The instrument’s tone balance is great and its sustain is awesome, no matter if you use Ernie Ball Earthwood Bronze 11-52 or 12-54, Elixir Phosphor Bronze 12-53 or Martin Retro 12-54 strings.

Now let’s keep ou feet on the ground, of course this guitar can’t be perfect and has its share of faults.
First, I already evoked the lack of a strap button – that’s a first one.
Also, it’s an electro-acoustic guitar with a passive electronic. No hole in the guitar’s body to fit the usual ugly rectangle-shapes interface that allows to set the preamp, but no preamp either. In the end, you get a lower output, which is not that much of a problem except for the fact which disturbed me: you can’t use it as a DI as it sounds very small, shrilly and doesn’t sound its best. And losing these great lows would be such a pity!
However, using an amp (in my case a 1978 Roland Jazz Chorus 120 which was originally not designed for that) it sounds much better.
The piezo uses a mini-piezo system for each string. I don’t know if that’s the reason or not, but the sound that comes from it is very precise.

With such a preamp system, you’ll certainly have to consider buying an external preamp (which is by the way what Yamaha’s website recommends, so no surprise here).

One last fault (which may be proper to the one I got and not to the entire model): the action is set a little low, which can lead to the strings buzzing but I often play in DADGDAD so maybe that’s an explanation.


In short, It’s really an excellent guitar and I think finding a better value-for-money will prove hard!

Published on 03/14/14
Yamaha celebrates at Musikmesse 2014 the 40th anniversary of its L series of acoustic guitars with no less than 22 new models.