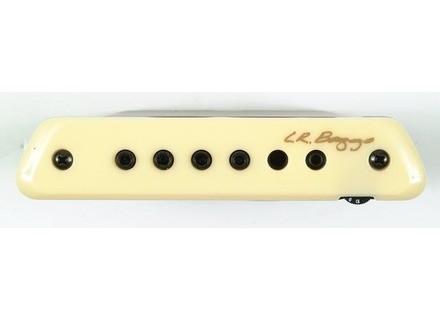 L.R. Baggs M1 Active
5
(Originally written by denisTAITHE/translated from Audiofanzine FR)
I bought it on ebay and just received it from the US: It's a true jewel... The sound is perfectly well balanced with deep bass and crystal-clear highs (maybe a bit too much). It's perfect for playing rhythm guitar and finger picking live. The response is very musical. For studio recordings, the only solution is a good condenser mic.
Did you find this review helpful?yesno
»

Zak58's review (This content has been automatically translated from French)

L.R. Baggs M1 Active
5
I use it for a few weeks and I am absolutely delighted. What I like most: SOUND! It is very natural for a surprisingly magnetic micro (actually the trick is that it also captures the sound of the drum).
I also rediscovered my amp (a small unpretentious Carlsbro): I seem to hear the sound of my veritable guitar into the amp. No rglages on prampli but there ame not need it immediately sound without doing anything! So I prefer the sound amplified to almost natural since I can, depending on my mood, color the sound, more bass or mdiums, add presence ... etc. And then we can use effects like saturation !!
This mic has the advantage of standard avoid the high volume feed backs: it is therefore the ideal tool for the stage (I have not yet used on stage in live on the sound system, but I am very confident)
Finally, do not touch the guitar: nothing is abm. We enlve and puts the microphone easily and it can be set without problem on another guitar (it takes a little Jack, well, it's childish ...)

I did not like the look in the early (middle of the rosette, blah ...) but I got accustomed and I start apprcier same.

I tried several types of piezo sensors (though not bad for some but the M1 sounded more natural, too much!) And I was eyeing the pro-blend fishman.
I finally craqu for the M1-A and I would do this choice eyes closed.

Do not hesitate one second if you want to equip your guitar, and especially if you are in the scene. The active M1 is a bit expensive but you will not regret it ...
Did you find this review helpful?yesno
»

3441bernard's review (This content has been automatically translated from French)

L.R. Baggs M1 Active
Hello
I just received a US LR Baggs M1 activ. I installed following the instructions and "nothing".
I put a new battery and "nothing", no son.Pourriez you help me, maybe did I made a bad manip'.J'ai a concert tomorrow night and I stress a little.
bernard
Did you find this review helpful?yesno
»

Rocknweb's review (This content has been automatically translated from French)" Not faultless ..."

Requires careful mounting box gifts not fully transparent to a valuable instrument. Another negative point aside his plastoc if tapped with or without pick, not very nice, put a thin foam under the claws of the micro but it is not perfect. A wooden structure would have given better results imho the cheap plastic cover microphone. It is located around 110 euros Bay

Did you find this review helpful?yesno
»
Read the 12 user reviews on the L.R. Baggs M1 Active »