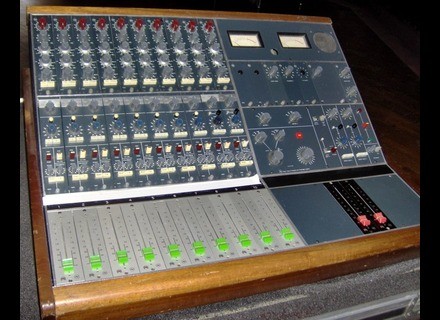 All user reviews for the Neve BCM-10 Sidecar

Neve BCM-10 Sidecar
5
The Neve BCM-10 Sidecar is a mini analog mixer designed to be used in tandem or in place of a full console. There are a number of different Neve sidecars out there, but the BCM-10 is the only one that I've got a good amount of experience with. It's got ten Neve channel strips in it, as well as faders for each and two ones on the side as well for master volume control. I haven't really used any of the features on the BCM-10 other than the channel strip, so I don't really know too much about them. Basically what you're getting with the BCM-10 is the sound of a real analog console without the girth, power requirements and versatility that you'd get with a full console. There are advantages and disadvantages to it, but either way it sure is a cool piece of equipment.

The configuration of the Neve BCM-10 Sidecar doesn't make it too hard to follow. Like I said earlier, I haven't used this beyond just using the channel strips as preamps and EQs as I didn't have a need to. Essentially I used this as ten separate channel strips in a single casing, and not really like a console, although this is how large format consoles are being used today anyway. If you are familiar with the make up of Neve channel strips at all, you'll be able to follow these pretty easily as they are pretty standard in terms of the make up of the EQ and the preamp. I haven't had access to or a need for a manual, so I can't say anything about it's readability or anything like.

If you're in love with the Neve sound like I am, the Neve BCM-10 Sidecar will absolutely satisfy your needs. Both the preamps and the equalizers are top notch and as good sounding as any other Neve console that I've used. It can be used for recording pretty much anything, and the ten channels in here would make for a perfect console to record ten tracks of a drum set, although of course will not be limited to this or anything else really. The equalizers are extremely clean sounding and offer the perfect amount of precision and depth. No complaints at all on the sound quality front here - only praise.

Getting your hands on a Neve BCM-10 Sidecar is not really an easy thing to do. If you can find one for sale used, which might not be that hard, it will cost you a very pretty penny. Since there aren't too many of these around that people are selling, you're definitely going to be paying a lot. But when you consider that these days you can really just replace a console with this, the price seems just about right. There isn't anything out there that sounds like a real Neve, and the BCM-10 is a genuine beauty.