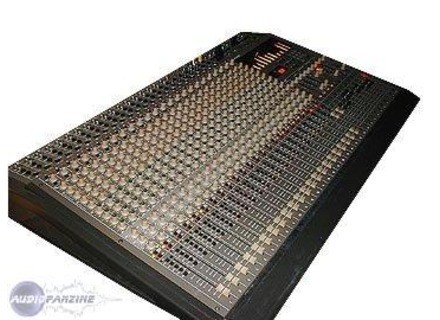 All user reviews for the Tascam M-2524

Tascam M-2524
3
Has pretty much all the necessary features needed on a recording console, although can't assign the talkback to an aux send. Plus, the TB button is tiny and in a inconvenient place. No lo-cut filter. EQ has only hi-shelving and two semi-parametric mid and lo bands. Has direct outs and a tape return path, but uses RCA jacks (as do the 2trk return and the buss outs). Plus, the stereo out XLR jacks are unbalanced (I don't understand this). It would be nice if they were a bit more consistant with the typs of jacks. No meter bridge (not even as an option). Has MIDI mute automation (nice touch). The monitor path has no EQ, only level and pan.

Well, as far as ease of use, your level of experience with recording desks will determine that. The topography isn't too cluttered, and everything is labeled clearly. The MIDI mute automation isn't too tricky either, even without the manual (I don't have one).

It's pretty sturdy, except for the damn knob caps that seem to get stuck on your hand if you lean on them. I'm missing about 15 of them. It's pretty much all metal, save for the plastic end panels. I've had a studio monitor drop right on it, and it still ticks. Never contacted customer service.

For a desk in this price range, it sounds pretty damn nice. The mic pres are smoother than that of a Mackie 8buss, as is the EQ. Overall, the sound is a bit &quot;cloudy&quot;, but like I said, for the price, you can't go wrong.

Overall, it's done it's job. but if I lost it or had it stolen I wouldn't get another one. Mainly, because I've been using it for over 7 years and the little gripes I have with it have now propogating into pet peeves, and secondly, there are plenty of analog desks out now that offer the same if not more functionality for much less.