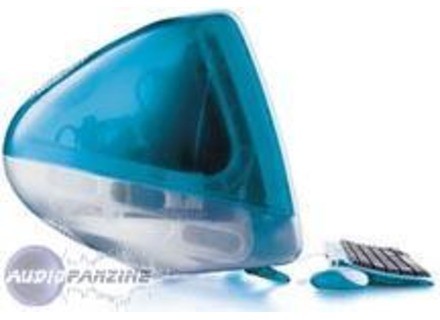 Gduran's review (This content has been automatically translated from French)

Apple iMac G3 233 Mhz
4
This is the first Imac, allowing Apple to sign his return to the computer "general public"
A design that will rvolutionaire inspired many manufacturers due to its translucent appearance.
Bought used 2 years ago (a bit expensive approx. 4000 F), I used for various applications (image editing, page layout and music) and turns plutt well (I find the processor is pretty VLOC).

The default now because it has:

No firewire for the first generation that does not allow for mounting accder vido.La video memory elsewhere is only 6MB max.
Little evolutive computer: you can mount the RAM up to 512 MB maximum
and replacing this one ncssite the disassembly (just Prilleux) of the motherboard.
Overall I'm pretty happy for what I did (models ...) only I do not like the cot while one that does not evolve to the performance of the machine.
Did you find this review helpful?yesno
»

pauloo51's review (This content has been automatically translated from French)

nirvana41's review (This content has been automatically translated from French)

Apple iMac G3 233 Mhz
5
I board not mac, but I repair fifty.
I have never seen a ride like its old machine!
vieu an Imac g3 8ans rolls as well if not better now than 4 years of PC vieu
the aesthetic is sick!
I'll pay for a used soon! for $ 100 Cdn I just have a real pocket rocket!
Did you find this review helpful?yesno
»