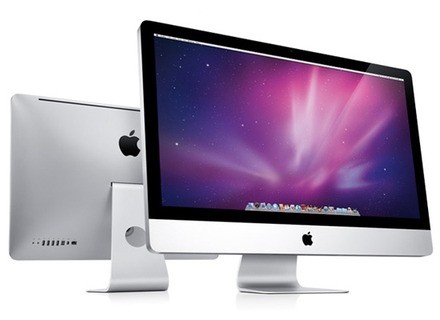 a.k.a's review (This content has been automatically translated from French)" It's good!"

Apple iMac 21.5'' i5 3,60 GHz
5
I use this computer for almost two years and it was the first time I bought a Mac. I wanted to take the plunge after several PCs (Dell, Toshiba) who were racing machines to start and found themselves on their knees after 6 months. I also lost several recording sessions because I freeze software still does not explain. Maybe I do not quite maintenais but I do not use computers for the pleasure of the computer. For me it is a tool to do what is asked and nothing more. This is not a story of Mac Vs PC: I've tried both and going to the apple, I'm never (never) to hack computer bothers me at the highest point, I do what I have to do on my bike and that's it.

What I like the most, then, is that two years after the performance of this computer are identical to those of the first day: it starts in 10 seconds, watch in hand, shows no signs of fatigue (never delays of throwing accidental and no hard reboot to be announced) and my sequencer (Live 8) has crashed twice because I made him open Max for Live plugins homemade with defects in the code. Nothing unusual so.

I also like the operating system, very intuitive and very little intrusive (at least in appearance). Most of the time (9 times out of 10), it happens in three stages:
1) "Well, I really want to do it, but how it's done?"
2) "The most obvious would be to click here and there"
3) "Oh, that was where he had to click!"

Finally, the design of the object is, for me, very successful, not to mention the screen: a real pleasure to watch movies on the computer.

What I like least is the email from Apple telling me that a defect is found on some iMac hard disks (including mine) and so I have to change ... Boring but very suitable for them. In addition, a new hard drive is offered without me I have to pay a cent after two years ...

For the same price, I would probably have bought three PCs but in fact I had already bought three before for a lifetime average of 18 months. So I decided to let his chance to Apple and I'm not disappointed, this is the least we can say! Two years later, nothing has changed, I had no trouble finding my marks on OSX, all my apps work and I lack nothing.

I remake this choice: my next computer will be Apple-branded, knowingly this time.

I want to clarify that I am not an Apple fanboy so far, I have only one product of this brand and this is the iMac, I do not need any other iTruc. I even fucked iTunes in the trash after a week because it does not read FLAC format.