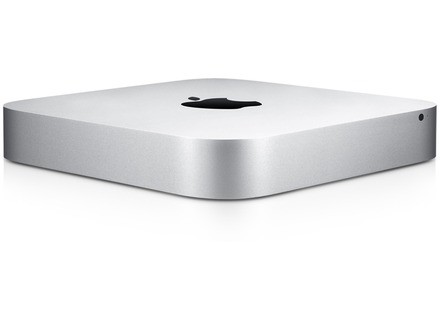 As it has all the other connections it has a speaker and is running in all directions the HP can not be found!

The least drive away! and take 2 GB of RAM I would not suggest 4GB is the minimum to go with two more sites Facebook and music all in one afternoon he aprem bug has 2 or 3 for 1 minute a bit boring ...

My pretty good once I paid € 795 because I took the keyboard and mouse cables and connections.

2 Mac at home is enough, but yes I recommend it.

Have you tried many other models before buying it?
Yes a white macbook but was not at all at the same potato processor, the I5 is really nice and it turns the fire of God in Live. 30 Tracks with lots of plugs, the Mini does not even hot.

What is so special that you like most and least?
Plus: bah simplicity mac, congestion when you have a small apartment and the power of the i5 Sandy Bridge ... I also stated that I changed the RAM, I went of2 to 8 GB, MacWay sells it all for a few euros.
The least: The hard drive running at 5400 r / min, when we know the price of a HDD running at 7200, Apple I ...

How would you rate the quality / price?
Not too bad for the mac ...

With experience, you do again this choice? ...
Yes, I admit that I prefer Mac OS has ample Windows and all my plugs work wonders. Processors have evolved so much that there is no need to buy large animals racing to the computer music (home studio for use of electro, I does not record anything at all ...)