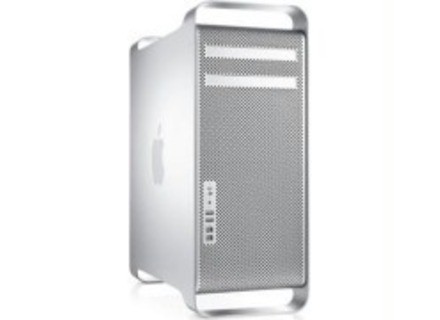 Apple Mac Pro 8-Core 2.26
5
The Mac Pro from Apple can come in a few different versions including the Quad Core , Eight Core and Even the 12 Core. We do have the 8 Core in a Local Studio called Rileys that is not too far from my house. This Mac is amazing and it is so powerful , we have a whole pro tools rig and system running through it and every plug in and effects racks you can imagine are all on this machine. I wish I could afford to pay the 4 grand to have this at my house but I cant afford that. There really wouldn’t be a need to have something this powerful with 8 or more Cores for your home studio unless you have a serious pro tools set up. It is just too much power to have at home.

I have not seen a single problem with any software being configured or used on the 8 core Mac Pro. Also the unit is built very tough like a lot of Mac units are and always have been. This whole computer is just so fast it is amazing. Usually when you are opening pro tools sessions it can take some time depending on how many and which plug ins you have into that particular song . But loading them up on the 8 Core Mac Pro is so much faster than I have seen it on any other system that I have used.. The quality of the Mac pro 8 Core is outstanding and is second to none. I have not had my hands on a better Mac desktop yet, even though Apple says there are better systems, but I just don’t know why you would need to pay more . With this system you can run all of your stuff at the same time without a single glitch. There are no freezes on this machine.

Apple Mac Pro 8-Core 2.26
5
For 3 years now, I am pleased to work with this MAC that I was drooling for some time.

I had several Mac (Mac Mini, MacBook Pro, iBook) for the studio and told me always, the next will be a MAC Pro, but my budget does not allow me.

This monster is unstoppable and stability it has never betrayed me during my recording sessions.

Initially used with Protools, I switched to Logic for better integration into the MAC.

If bugjet permits, I would do without hesitation that choice ...

What is so special that you love the most, least? Power, build quality, design (secondary but not negligible).

Did you tried many other models before buying it? I've been micro computer technician and a few years time I did that PC. I decided to buy me an iMac in 2009 because I wanted to test both the Mac and Logic Pro. I immediately notice the differences that make it more transparent and nice to work on Mac, so I give my iMac to my wife and bought a MacPro. This is great.

How would you rate the quality / price? Macs, content with their new Intel looks expensive, but given the support and R & D, hey, you're aware that it could be cheaper after you buy or not. Given the incredible stability of this machine, I do not regret my investment.

With experience, you do again this choice? Absolutely.
Did you find this review helpful?yesno
»