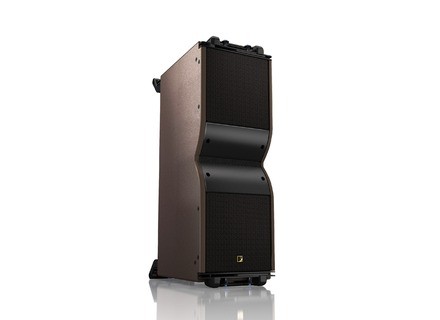 dub91's review (This content has been automatically translated from French)" I expected better, little innovation."

L-Acoustics KARA
3
System used a dyzaine of both indoor and outdoor.
We often find the standard 2X9 or 2X12 Kara Kara SB18 with top of the line and SB28 ground.
Well, the first time I mixed it, I said: "Coool finally the new Dvdosc ..."
Given the time it has taken to ensure that, one would think an innovation compared to Dv Dosc package! And well no ... not much, short ...
The voices are great, very light and airy. on the other hand is not very powerful, and you really bring the box to have a sensation of pressure. More mix is ​​loaded (battery and all the fuss ...) the more you lose that sense of voice "very clear" and it gets crowded fast and aggressive when there are a lot of tracks.
Having worked with several systems, I think ultimately that Kara is in the line of new products L-Acoustics. It gives the impression that they are resting on their bestseller Vdosc Dvdosc and who were the Rolls at the time and they had a head start on everyone ... For 15 years they put out a new system with little innovation ...
Today in box Line Array under 30Kg directly competitor Kara found the Q10 from D & B which is mounted 10 inches and works of Hell and more popular in Nexo GEO S12, mounted 12 inches and that really helps out a mix loaded high power. This is the same problem for the amps: The LA4 and LA8 home L-acoustics are below what is proposed power level compared to their concurents ...
In short this system is ultimately a bit to pick up compared to what is currently D & B, Nexo and even Adamson.

See all 88 photos of L-Acoustics KARA »