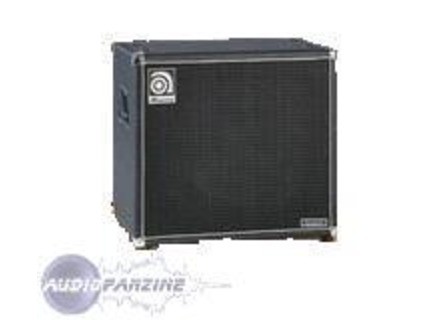 SVT-15E, Bass Guitar Speaker from Ampeg in the Classic series.

crrcrr's review (This content has been automatically translated from French)

Ampeg SVT-15E
4
I bought this cabinet with closed eyes in a 4x10 complment of the same brand that I was completely convinced. I wish to use it in all my groups (which ranged from mtal funk / rock) because of its small footprint and weight reasonable. Used alone or with only a 4x10 Ampeg head on a Markbass Little Mark.

Ampeg sound, you love it or hate it!

Whether for use with live or repeated, in both cases, a crazy drummer who banged on his drums as if to crush stones in prison, the sound was separate envelope, the powerful bass and well Dfine no complaints except ... mid-aigues/aigues on ...

So it's the cata! Slapper can not imagine it, it sends bass cab and nothing else. I frankly trsdu t this point, even though my 4x10 of the same mark provides acute and enjoyable quality of the cost.

So to say, I did used this speaker for my group mtal because it is in the registry I think it sounds the best, APRS is all a matter of taste.

Badly took me to buy this cab without trying to Prior as the Premire cost you, I shed a tear of regret. In the end, I made this sound a dnu of acute and I have even found a super or register (for me) he excelled: the nag.

Branch for several months on an EBS Fafner, he quickly shows its limitations Contents of claret and crisp sound in the treble.

A try before you buy then.