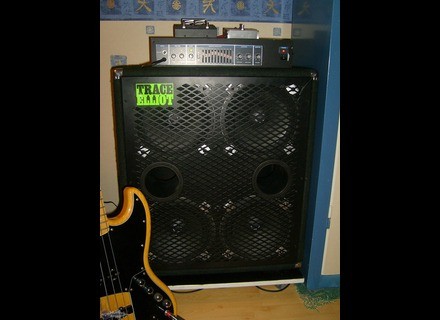 kathdij's review (This content has been automatically translated from French)

It has many sins, accurate. he british grain. the baffle generates much lower frequencies (see below Low). is an ideal companion with another 410. it is suitable for all types of play; dub, rock, jazz, pop, electro ...

I use it for 2 years, I've never had a problem. is indestructible, always the same sin in the beginning. cosmetic appearance is still nickel.

if the Trace-Elliot republished or VType 400smx, I take the same without hesitation!

So, I put 10 for the strength and the sound is still there now!
Did you find this review helpful?yesno
»