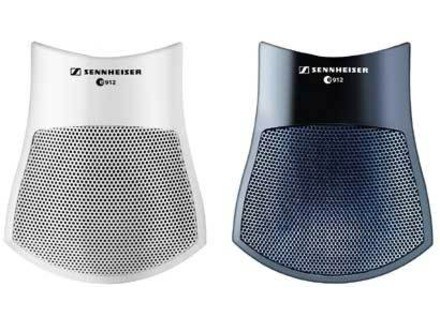 e 912, Boundary microphone from Sennheiser in the evolution 900 series.

All user reviews for the Sennheiser e 912

Sennheiser e 912
4
This mic is a pre polarized mic that has a half cardioid pick up The mic is rather expensive to me and can cost over 300 dollars brand new and I don’t believe that it provide quality that is worth that amount of money. There are other mics in Sennheizers line of mics that are better and cheaper than this one. This mic is an ideal mic for like a open area, this is not a studio mic so don’t think you can purchase it to use in yoru studio. This is more for a speech situation or maybe to record some real piano’s in an open space it just doesn’t perform that well to me in a confind studio space. I have tried using it in a small studio and it recorded but when using it on a stage in a auditorium you will really be able to pull all of its capabilities out. But like I said the price isn’t high, but its too high for the quality of the mic.

It does have a good frequency response to pick up instruments and can be used on vocals as well for stage and shows. When purchasing it you will get a manual, which is easy to understand and you really wont need It because if you purchase this mic then you know what you are purchasing it for so no need to pick up thte manual. It will also come with a pouch to carry it in. the mic wasn’t as big as I thought it was going to be which is a good thing since I travel a lot and picking up piano’s was a breeze with it.

The E 912 is a good mic in the end. I just feel like it should be a little cheaper than 300. It should be more in the range of 200 -230 and that would make me respect it a little more. But you wont be un happy if you get it. It does sound great.