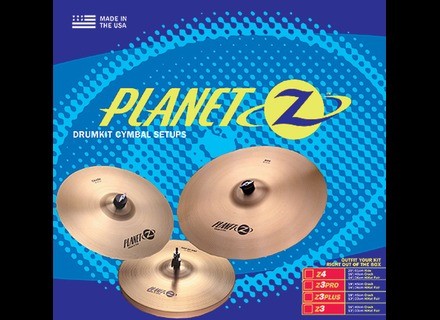 thynogti's review (This content has been automatically translated from French)

Zildjian Planet Z PZ3 Pack
3
These cymbals-cheap (200 euros) have a great sound for the price. I just find the missing crash lack a bit of finesse (too bang!). No, not really bad for the price. I recommend this kit for anyone on a budget.

Zildjian Planet Z PZ3 Pack
1
These cymbals sound so good after having bought DCID I put myself on the harpsichord. Frankly, I think I can do a better sound with my butt, thanks.