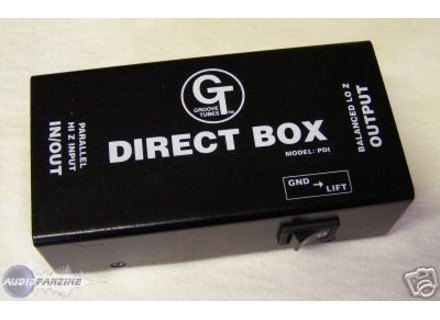 Groove Tubes PDI Passive Direct Box
4
The Groove Tubes PDI (Passive Direct Box) is an affordable DI box that can be used in any way that you'd like. I've used the box in a professional recording studio, mostly to record keyboards, but it can definitely be used for live shows as well. The box doesn't require any power or anything since it is a passive box, and has 1/4" connections for both input and output, as well as a balanced XLR output. It isn't rack mountable in any way.

For an inexpensive direct input box, the Groove Tubes PDI Passive Direct Box is a great way to go. While not as versatile in terms of parameters or as clean sounding as some of the upper end DI boxes out there, for boxes in this price range you're getting a very good sounding piece of gear. While I'd probably recommend these mostly for home studio owners or those on a budget, this is definitley suitable in a professional environment as well...
Did you find this review helpful?yesno
Cookies help us improve performance, enhance user experience and deliver our services. By using our services, you agree to our use of cookies. Find out more.