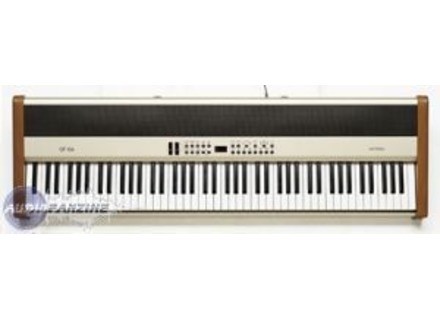 Sheutran's review (This content has been automatically translated from French)

The hit is very good. I had time to play on a range of casio PRIVIA (then again, there may be differences between 2 casio keyboards) but the notes gave the impression of being heavy plastic, whereas with this one it was more like playing with a piano. I play a lot of acoustic piano and I must say that this is not a good feel of real piano (although the tastes and colors) but the piano makes me feel really good (for a digital piano).

To touch, alone, I would put 9, but for general use, I put 8 (without giving any explanation!). Probably due to placement of buttons, mode split or other metronomes (I do not use but would still have had to show intuitive).

The piano sound is good (although for me it is exaggerating a bit when the bass hits). For others, I do not go on, and they are all good in general (with a little extra for jazz organ). there is a fader "brightness" on the keyboard that is interesting (or not to stifle its sound). So, for live use, it has to go (I did that for use computer music).

Two things: As with any digital piano, very low volume means the mechanism of the keys (it is), and as (almost) everything digital piano sustain pedal can be depressed all the time, it does not really cheat your game

I think this piano is amplified on the other hand.

To be played on other keyboards, I must say that this piano is meant to generally good standard. Nothing can be missing (except those like me who want a Calvier with a pitch wheel and modulation!). His touch is very good, his finishing is impeccable, and its inputs and outputs are complete (in my opinion).
Did you find this review helpful?yesno
»