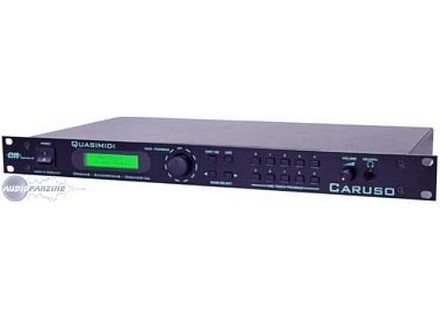 omicron's review (This content has been automatically translated from French)

With the screen 2 x 16 characters backlit scroll wheel and an "endless" parameters are relatively easily editable, and sounds easy to modify or scatter effects.
Fairly standard, but the screen, it is true, is not huge.
Quick and easy, even without instructions as long as we have already used such a device.

The sounds of accordions are excellent, wide range of organs among the most classic and some less known, all of good quality. The strings and brass are means and piano sounds are in fact lower quality. Some classic synth sounds (Van Halen "Jump" for example) and some sheets.
For a project I need good sounds of accordions and some organ sounds: I found my account.
The piano sounds are unusable, except for a Wurlitzer and a Rhodes I use from time to time.

I use it for several months and it has fulfilled its mission for the project which it was intended. Since I use from time to time for different sounds, especially in combination with the effects inégrés modules that are excellent.
I bought used on Ebay for CHF 65 .- (approx. € 44) including shipping: there is nothing to say against that!
For the price I would definitely do it again this election!