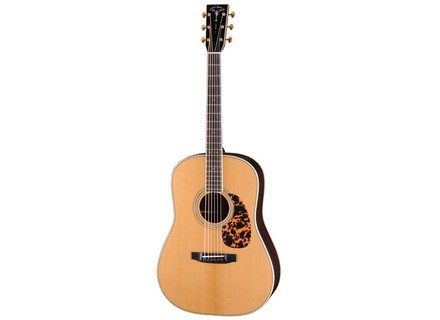 The Gasy's review (This content has been automatically translated from French)" Falling in love from the first note!"

Furch D34-SR
5
See merchant sites, they are there for

A super nice handle, which is quite to my left hand. All the boxes are easy to access. 2 months after purchase, and without changing the strings, it still sounds like hell. I say this because with my old Takamine TAN 10C, brightness disappeared after 3 days of use (under the same conditions). I can not say why ...

It is close to perfection. May lack a little bass and punchy, but it really is to find something to improve.

I use it for 2 months, and I think the background music to use in concert. I had before this beauty a Takamine TAN 10 c (blah) and I also have art and violin first prize.
Good and well there is no photo, Furch is obviously light years.

Furch D34-SR
4
This steelstring me warmly recommended by a salesman who scrapes for once, a client not necessarily obsessed with the brand or source of the instrument.

It is clear that the guitar I immediately typed in his eye by its assembly and finishing is absolutely impeccable. And then, I insist. It was a real tool, perfectly realized. The rosewood sides and back have a very fine grained, cedar table is impeccable and the mahogany neck is flawless. The body is painted, the neck is oiled for a slipped improved. The integration of binding is exemplary. The installation of hardware and frets is exemplary. No pre-amplifier.

[9] If I'm basing what I have already seen, we are dealing here with a guitar that borders on excellence. Perhaps the Lowden was still a bit more spectacular, more "beautiful object", but it is in the simple and beautiful. Yum. Too bad he misses the pre-amp.

The guitar is certainly a very good handle, which is certainly not my cup of tea because of its size, but it is a standard that is very personal and entirely my responsibility. it does nothing to prevent him from being completely finished and highly enjoyable. It was a narrow width and thickness as I struggled to identify. I would say between end and means. The ease to shrink the device is standard for the category. Requires some strength overall. I noticed a simpler gameplay near the first box and an action a little harder about the middle of the handle.

[8] very good because I put the stick is really designated for lovers of fine and found the hardness of standard game.

The sounds were excellent, but the Furch surprised me by its unusual personality. Indeed, the sound was very powerful, with a particular articulation of the medium, I would say that the sound came into power, slightly less detailed and less liquid, a less granular than a martin for example, and very powerful bass, a slightly forward from the rest of the spectrum. The fever was controlled but not open, the limit of which was clearly discernible. She needed a commitment to speak properly. She did so with authority, below a certain point, the sound was a tad muffled. Nothing serious, it's still sailing is a good guitar is capable of giving back, but I punctuate my opinion so you can refocus a bit.

[8] Very good too. Too bad the guitar a little choking game "not powerful". In addition, the signature is not slightly off the cup of tea of ​​all and is not suitable for all genres.

In light of the crazy prices charged in Switzerland, a guitar at this price with such audio attributes can be considered as an excellent quality / price. Perfectly finished, it will delight those who need an instrument well built, sturdy and not too flashy. Its sounds request special require a knowledgeable buyer.