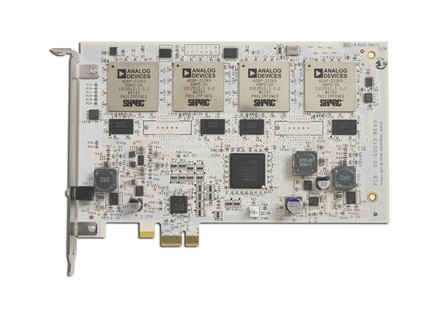 UAD-2 Quad, DSP Board from Universal Audio in the UAD-2 PCIe series.

The update that Universal Audio is intended for UAD-2 accelerator cards and Apollo audio interfaces. It adds the Neve 1073 Preamp and EQ collection plug-in and is compatible with the Unison technology so that it will match the Neve 1073 impedance and gain structure on the Apollo physical preamps.

The plug-in also includes presets made by Neve 1073 famous users, such as Joe Chiccarelli, Ed Cherney, Jacquire King, Joel Hamilton, and others.

The v7.7 update of the UAD Software also adds the AAX 64-bit support on Windows 7, Mac Thunderbolt PCIe audio drivers for the Apollo and Apollo 16 interfaces, the ability to rename the input channels in the Apollo Console (aka Scribble Strips) and the Apollo Twin and UAD-2 compatibility, which allows for combining both devices.