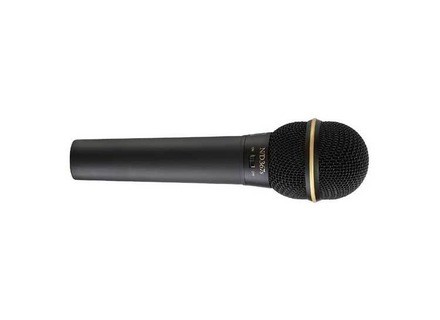 Electro-Voice N/D367s
5
Ahh. The Electro Voie N/D mics. A great feat of mic engineering that has not yet been properly figured out on paper by those not with the company of Electro Voice itself. What is interesting about the entire series is that it grounds itself right in the middle of the meat of the prices of typical microphones. These mics typically between $100 and $200 are the ones I am talking about, because this is where the price of the industry standard microphones are. And yet, these microphones kill every thing else inside of their respective price ranges and market segments. The Electro Voice N/D 367s is no different. Electro voice says that it is a women's mic, and to that I would have to agree. It is absolutely great on women's voices, but I also find that they sound better on the male voice than most other mics from other companies sound on the male voice. The 367 has a frequency response smoothy between 30 Hz, very low for a dynamic, and all the way up to a quite impressively high 17,000 Hz. It has a slight bump in the low mids between 1 kHz and 2 kHz, and with its supercardioid pattern, Electro Voice's favorite addition, rejects bleed and feedback almost completely and entirely. Add in a multistage shock mount that all but eliminates the noise you get from holding and shifting the microphone, part of which is the handle, which is rubberized to make the mic not only quieter, but warmer in your hands, and a more comprehensive pop multi stage filter than most other microphones that compete, and you have some piece of magic that not many other things can touch.

In the end, I found the 367 to be one of those magical microphones that is much more articulate in every way and yet more cutting and smooth and just generally more nuanced and faithful than the Shure SM58. There is not much more of a reason to get the SM58 over this except if the engineer is too much of an idiot to work anything but a 58.