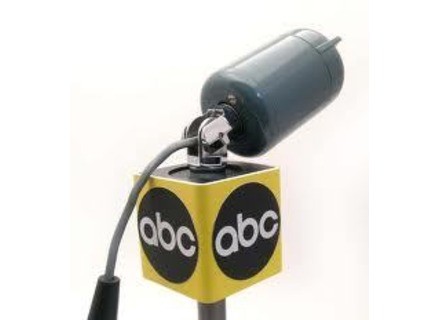 633A, Dynamic Microphone from Northern Electric.

Northern Electric 633A
5
The Northern Electric 633A (also under Western Electric) is a vintage and rare dynamic microphone that can be used for a variety of purposes. The original intention for this mic was I believe for broadcast purposes, but I've used it in quite a different sense here in recent times. The mic has garnered a nickname for itself in the 'Saltshaker' due to it's appearance, although I don't know the exact year on these mics. The mic has it's own mini XLR cable attached to it on the end for plugging it in, although I'm not sure if this was a modern mod to adapt it to current standards. I don't have much information on the specs here, but the mic has an omnidirectional pick up pattern.

The situation I've used the Northern Electric 633A is most likely going to be much different than most users, as I've only used it for recording snare drum. Since it's a broadcast mic to begin with, I'd imagine that most people will have used it for this in the past, but I'm not sure it's the most effective for this type of use by modern standards. In a recent recording session at the studio I work, an outside engineer brought this microphone in, which he said he always used in tandem with a Shure SM57 on the top of a snare drum. This is more of a blending microphone rather than to get the main sound, as it's a gritter type of sound that makes for a unique and interesting snare sound when paired with a more traditional micing technique. I hope to get to try it for some other applications in the future as I think it would be cool for harmonica and even for getting gritty vocals, but for now this is the capacity I've used it in. I don't really know how easy it would be to get one of these or how expensive it would be, but unless you're a vintage mic collector or already have all the mics you need and just want a wild card, you're most likely going to be better off getting some more traditional. Having said this, the 633A is a very cool little mic and would be great to have around any studio as a little secret weapon for non-traditional micing techniques.
Did you find this review helpful?yesno
»