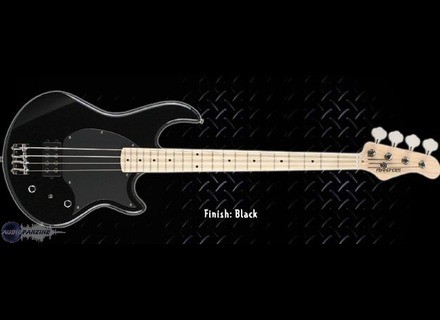 Fernandes Atlas 4 X
3
It works as a music man: a humbucker splitable. Sound like a music man. It is prima facie a good bass.

Now it gets complicated: The handle will not slip at all, and it is quite difficult to take over at first, but we made it fast. Access to the treble is quite difficult as well. It takes a little fiddling with the amp for a good sound (unlike a Fender, or simply just plug in and niquel). The form is for cons, it is not too heavy, normal weight low indeed.

The sounds are pretty funky, like a music man really. The sound is downright fun. However, I do not know if it's less that I just had this defect on my bass, or if it's on all bass X4 atlas, but the low E string sounded louder than others. Not disturbing to the house, but in concert, if no compressor, it can be boring. I play with a preamp fame (I'm playing guitar at the base, I had a lot of money to spend for my bass) which sounds not too bad, although it is not worth a Hartke or a fender.

I used it for 6 months, then the sound does not appeal to me (the tastes and colors that can not be discussed ^ ^) so I bought a jazz bass. The Fernandes was my first bass, I knew nothing about the lower quad I bought. I'm not saying for a few funky pieces that I played with, it sounds good, but not versatile enough for my taste. However, given the price and the quality of the handle, I'm quite disappointed: even the cheapest Squier is better at the handle.
Did you find this review helpful?yesno
»