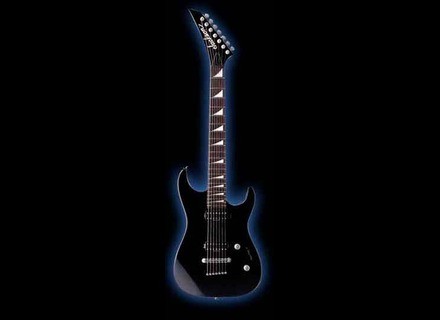 it is also rather powerful clean sounds on / crunch as well, but obviously for extreme saturation.
In a rare precision, it will please many.

I use it for many styles: Rock / Metal or she excels ... but are also sound more English pop rock / funk and blues (The pickups are very good in this area) but also trip hop.

The clean sound can sometimes grainy sound reminds fender stratocaster without the personality of the fender too pronounced.
The accuracy of the microphones is such that it allows a wide range of style of play
The game of 7-string is a habit to take, but by no means uncomfortable.

In short, do not rely on the aesthetics of the guitar! It is extremely versatile, far more than the Ibanez RG guitars which I am a fan (The aesthetics of RG is beautiful)

I use it for almost 10 years, and can not get enough
I also use ibanez, fender, etc. .. Cort
I learned by chance I was going to buy an Ibanez 7-string ... she had just been sold, there was this 7-string Jackson a little aside, I tried to kick ...
What I like least is ... it seems to be produced!
Excellent value for money.

I also find a 2nd Jackson DR7 as I am won over by its performance!
Did you find this review helpful?yesno
»