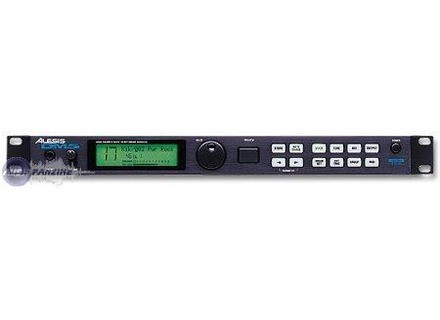 DM5, Electronic Drum Module from Alesis in the DM series.

fifty seb's review (This content has been automatically translated from French)

Configuration is very simple given that there are no tips for editing sound or very little.
I think it should be a bit light actually for electronic drums, opt for a more pro dm.
I used in the complement of a jomox to make my rhythm and c is excellent.
this rack allows me to have snars, chaley ... better quality than any drumkit drumkit type or other vst .With ca ends long lists or samples you will never find what it takes you.

Sounds suited to my music (techno, drum and bass) there what my jomox airbase didnt. these two machines m have allowed to succeed to do rhythmic "complex" that my shipment ear well and it's been a long time that I try.

For the use that I actually c is excellent and replaces those ca misfortune vsti and Rhythm Sets nazes .a that price is the only c.
Did you find this review helpful?yesno
»

abyssum's review (This content has been automatically translated from French)" The age is felt!"

Alesis DM5
3
In his time he was under no obligation to equivalent but here ...
The time spent unfairly and samples are present inside blades Figure
our digital recordings, setting triggers is very difficult and not ask
some time, the advantage triggs 10 entries for a big kit that is nice!

Neiban's review (This content has been automatically translated from French)

Alesis DM5
5
Module noon, 12 between pads jack, auxiliary jack 2 outputs, 2 outputs hand jack, midi in / out, footswitch, power transformer (supplied). 1U 19 ". Rtro clear LCD screen and all buttons.
Sound bank:
-Kik (one of 40 styles for any kik)
-Toms (one of 30 sries of toms, High / Mid / Low / Flr
Hit-hat (a lot of his charley but I do not use)
-Snare (snare a 50 all styles)
-Cymba (such as Charley)
-Efx (DIFFERENT sound effects eg noise lazer gun, a scratch vinyl, kung fu strikes etc ...)
-Proc (just the same kind but with the efx sounds DIFFERENT)
-Rnd (the same sounds that banks Previous but if I select "conga" and I tap on the pad several times, I diffrent conga sounds that are in the banks is say eg conga High / Mid / Low randomly.
I put 10/10 for the number of sounds that the DM5 offers.

The configuration is simple to assign a pad sound. I use triggers on an acoustic drum module with this, I spent some time rgler module to avoid having to double dclenchements, but when Russi .... what happiness! We can rgler VLOC the pan, gain, note, the noise gate and many other things of every kind. It can store 20 user presets and put the name you want and switch between each other thanks a footswitch or the knob on the module directly. The manual (Frans) is clear, when I reus I slip 10 minutes and I started it and it works: D APRS I took a little longer rglages to understand but overall it is well described trs.

Sounds ideal to me and I it can be used for any styles. They are relatively ralistes but when toms bearings means it's faster than electronic ... But happy! There are no effects (reverb, chorus, ...) must be added derrire processor. With good rglages the VLOC is excellent! Trs good rponse volume hitting low or high. Without adding equalizer, the sound makes trs well, good prsence low and attack live. As for the hi-hat cymbals and I do not use them. J'utilis a trigger for the snare but ultimately I prfre a microphone on it. I tried it with a squenceur (reason) and no latency Submitted. Trs a good way to sculpt the sound you want. I just wish that there is no memory to store in its own samples. All the sounds effects (efx, prc and rnd) are not long, yamaha modules such harsh environments that offers long enough but the alesis no, just one second for the longest.

I use it for 2 years and I am glad trs.
He has no signs of wear, it is trs robust, the screen is being protected by a film.
I bought it for its price and the number of entries possible.
A report qualitprix Excellent!
I tried and I prfre DTXPRESS II of DM5 far.
If you want to listen the sound that I have chosen and whether it sounds good: www.mezadura.com updates downloads the clip (the one just as everything else silent recording with microphones). We recorded the midi module directly on a computer and it makes a lot plutt.
So I put a score of 10/10 for the overall, I trs BPS but I am happy. For more info contact me.

Elessar's review (This content has been automatically translated from French)

Alesis DM5
1
CHARACTERISTICS gnrales good but a large black dot at the charley:

There are just two positions: open / closed> farewell nuances of the game ..

By comparison the other modules in the same price range have a
between analog modulation allows diffrent (3 / 4 open ...)

Not so good-stro of the rim shots and two areas on the ride.

Not much good acoustic kits, no effects ...

You can actually gain and rgler VLOC but there is little trs
diffrent nuances in the positions.

Conclusion: I'll change it to take either a Roland TD-3, which offers Stereo input, multiple positions and better sound for the same price or a Yamaha DTexpress IV although a little more expensive is much more complete.

So it's really a basic module to suit the beginners who just want to not require some work without rveiller the area ...

The lack of expression of charley can still be harmful to the learning ...

Did you find this review helpful?yesno
»
Read the 6 user reviews on the Alesis DM5 »