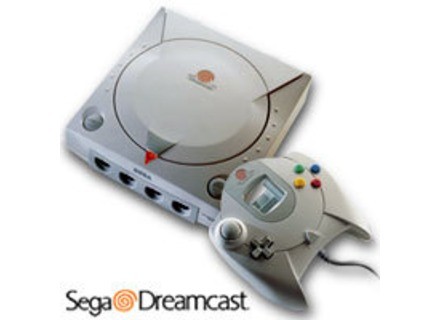 Sega Dreamcast
4
Sega Dreamcast is an electronic gaming console and one of the first of its kind in the fact that the games are CDs. It has connections for four controllers and each controller has four buttons, a joystick, and a directional pad. They also each had a small screen on each that would display things that were going on with the game. The system is easy to navigate with and to play on, with the graphics and overall game play being pretty accurate and responsive. It is overall a well made game that only had one real issue. The downfall of Sega Dreamcast was in the fact that games could be ripped off easily and burned onto CDs. Since most gaming companies make their real money on the games themselves not the consoles, this was a huge problem for Dreamcast and as a result was unable to perform in the market place. This aside, the games for Sega Dreamcast are pretty good and while its time was pretty short lived, while it was out it was a great system to play on. It was one of the first to have as good of graphics as it does and to have quite realistic game play. It is especially great for playing sports games like NBA Live and Madden Football. If you still have one of these systems, it is a great benefit now to be able to download games from the internet and burn them to play. It saves a lot of money if you don't mind playing games from a few years ago. Overall, Sega Dreamcast may not be one of the most popular gaming consoles ever made, but it was a stepping stone to where we are today in the world of gaming and is a good system in its own right.
Did you find this review helpful?yesno
»