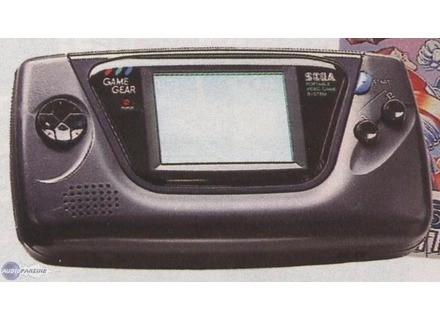 Sega Game Gear
5
Sega Game Gear is a color screen portable electronic video game. It is one of the first of its kind, besides Nintendo Game Boy of course. I have been using Sega Game Gear for about ten years, and the original console that I have still works after all of these years. While a bit bulky at modern standards, and does take a lot of batteries, it it easy to bring around and to play and use on the go. It has built in speakers as well as a headphone output. It has pretty basic controls including a directional pad, a start button, and a both an A and a B button. The color screen comes in crystal clear and everything is pretty easy to navigate through and understand in terms of overall use. All of the games are pretty easy to play, and I usually use this system for playing games like Sonice The Hedgehog 2, Mighty Morphin' Power Rangers, and Jurassic Park. The price of the Sega Game Gear has no doubt dropped since they were new, but if you can find one used that still works you can probably find some good deals on this console. The ease of use of Sega Game Gear makes it great to keep kids occupied. While there are definitely more modern portable game consoles out there, if you are nostalgic for Sega Game Gear, nothing but the real thing can fill this desire. This system helped to pave the way for modern colored portable systems, and continues to be one of the best ever made. For those of us who were around when this came out, this is a classic portable game console that is hard to replicate. Overall, one of the best portable game consoles ever made that hasn't been matched current day.
Did you find this review helpful?yesno
»