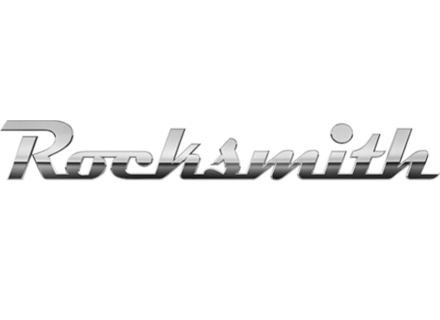 All user reviews for the Ubisoft Rocksmith

Average Score:5.0( 5/5 based on 5 reviews )
Not satisfied with those reviews?
Our members also liked:

Samuel 62150's review (This content has been automatically translated from French)" Excellent, it either beginner or advanced!"

Ubisoft Rocksmith
5
I got this game for christmas on xbox 360.
Cà been 10 years since I bass and I'm 8 years of guitar.

I always learned by himself and I can say that this game really taught me new techniques of game that I do not necessarily working.

With a VGA cable plugged into my PC and the TV stereo is great. The sound has no offset.

There's even a little corner to choose from a palette of his pedals such as baby cry or big muff, and other such legendary amplifiers.

Balance, we have here a game that really progress, that is beginner, advanced or even expert, we have something to give pleasure. Even in his living room, this game can take you in the most beautiful concert halls and it is you the star.

Ubisoft Rocksmith
5
FINALLY! It was about time a game like this one arrives in France. Now we can finally play the guitar on his console. Personally, I have nothing to say, Ubisoft has really hit hard on this one.
Apparrait the game as a good compromise for the beginner guitarist than I am, because it allows us to exercise and spend time when they are bored a little and we did not really time to take lessons with a teacher. Of course, nothing beats a real teacher, but this game is well worth the different ways that we could find aujord'hui, offering in addition, a very fun and interactive.
The game has no real challenge as it adapts to the player's level and in real time, please.
In addition, the game is not just for guitarists and bass for a course also available. Can also play two, which may promise good times with friends, provided you have a cable and more.
Following the eulogy, the negatives. For lovers of good sound, it should be adapted and independent speakers of the TV, if it is not really appointment. Get another cable for multiplayer play is virtually impossible, if not the order on the site of Ubisoft.

Apart from that, the game is a real pleasure, and even the price a little high for a game, does not detract from the quality of this product.

Ubisoft Rocksmith
1
I bought the PC version it there's three days now. Steam the key was missing, apparently I'm not alone in this. Rsultat not install the game without this cursed century.

Normal editor would establish a PROCEDURAL accelerates to catch errors. Introduced in the event hotline tlphonique hang in your face after a few minutes without explanation.

I also created a ticket on their web space, I just had the right automatic RESPONSE like what they were currently dbordes (forcment they love to create work!)

ghismo's review (This content has been automatically translated from French)" It gives cravings :)"

Ubisoft Rocksmith
5
I bought this game and the extra cable to play with friends.

The game system is very good for work titles. It starts with only a few notes, then gradually as one moves correctly phrases, it adds to.

This is very gradual, and even friends who discover the instrument arrive fast enough to (almost) sound stuff.

I personally have re-do the repeat mode riffs. In this mode, it works by the piece part. There are several choices for work: with more notes or a tempo accelerates. And the interface is really amazing. It takes some time before the loop riff that works, we know if it goes live or not. In very little time you get to play the title, with subtleties in the game that might otherwise not be transcribed. Ah! if only I had this kind of tool when I started!

I mainly use the games on bass, and I'm pretty amazed at the accuracy of the tool (I consider this game more like a tool than a game actually). A low yet it is not a foregone conclusion, but it works pretty well (even if sometimes we made big scores so that is not really good, who to believe?

But if indeed it is a tool we can also regret that there is no mode with tab / partition instead of scrolling notes on guitar hero. If in addition we could learn to read music! ...

So I would also like to make some inroads into the world of guitar. And with electro-acoustic, it goes as nickel.

I agree with previous transcription is not always as we would transplanted, but nothing prevents us from where we want to transpose on its handle. It works with sound, not with a camera, the is the.

A low, only the lower four strings are taken into account, me playing on 6 shifts I often play on the strings, RockSmith does not move in too.

I was also quite impressed by the tuner, which is really cool if we could have it in a stomp or a small box, that would be cool ...

And the sound that comes through an effects processor that works well, and allows without taking the head sound settings have the same (or almost) as the original.

The real black for me lies in the menus that are really damn bad. When you finish a title, we often want to switch to working riffs, and then must return to the home, find the track of all the others, launch the stuff ... So we spend a lot of time to navigate the menus, and then to wait between two phases games. It's a bit heavy, but it is probably a fault of youth.

And then inviting a friend over to play (you can play both), it gave us the desire to form a group, and since then repeat in the studio every week.

Loucifer's review (This content has been automatically translated from French)" Very good but ...."

Ubisoft Rocksmith
I'll let my good opinion the above because I saw the news:

I bought the game with the cable in Canada in April for PS3 and during my 15 days of vacation a place I wanted was to go home to play the demo seen since turned 1 year on YouTube .
Back to home connection setup so basically exploded j'm playing for 1 month, securities are worth what they are worth and are oriented (at the beginning of the course anyway) rather beginner (Black Keys, Rolling Stone).

Guitars: Fender Telecaster, Gibson Traditionnal Godin G1000.
I have not tested it with my electro Taka or with my Godin ACS.
Not tested either low environment.

What I like most: ben is the proposed innovation can finally plugged the thing I like most about the stuff that my wife likes the least (Hear my PS3 thank you in advance).

What I like least: the quality of some of the transcripts, I said, my training is more oriented cover I said I'm nice to finally make a super combo ben good in fact that much I already knew just some songs he had therefore again difficult when we took some reflexes game and I am not convinced that the proposed transcripts are more coherent than I can get on some Guitar Pro files but it's finally good work the therefore not handle it that bad.

Well when doing the guitar for ages since the game makes you bin doing more than treading water partoch I also explained, always with my group we are trying to work House of the Rising Sun, I always nice will be working on this piece with RS orchestration and everything, yes ben good I quickly gave up and quickly got back on my traditional partoch can still work more easily and quickly if I wanted to learn it by RS I think I'll be there again.

Another point that I break out the c .... are the downloadable content DLC hear, good well I access my game not being zoned North America so I in the bone if I want access to content that I have repaid the game zoned Europe, beautiful console uncapped on all games but the content is the distance, they are people who understand business ... But nothing good however I'm available for any marketing training, trade etc ...

Quality / Price ratio bin after just huge relative I too must the PS3, an HDTV and especially especially as an amplifier via HDMI latency achieved, we must recover the audio signal directly to pass on his amp sound off its Teloch and sending it there, so the combination just a game it starts to get expensive though investment.

Well here is my opinion on the merits after what I think is that it is very good for someone who starts or a novice who wants to deepen current knowledge, perfect for zikos like me who want to play with other musicians friends for a drink, but for those who want to really become the Guitar Hero Rock Band will go through the box metronome, warm up exercises daily etc etc .... Nevertheless it ' is a great innovation, strong series Metallica, Dragonforce, Malmsteen, Satch etc. .... History really crack my wife ^ ^ ^