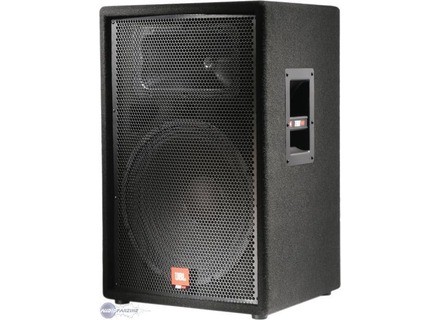 JBL JRX115
3
The JBL JRX 115 cost me about 700 dollars brand new when I purchased them back in 2008. They are made well and will last a long time but the only thing that I didn’t like about them was the low end sound. I felt like the bass/ low frequencies just were not clean enough for what I wanted to use them for. This was very upsetting to me because I am a huge fan of JBL speakers and live sound equipment. I felt like they dropped the ball with the low end on these speakers.
The mids and highs sounding great, and the bass sounds ok when the speakers are not playing at anywhere near max volume. But once you start to crank up the volume I could hear major flaws in the way the bass sounded. I have even tried them with several different mixers, but no matter what mixer or style of music I played it still was not to my liking.
I kept these speakers for no more than 90 days then could not return them to the store so I had to sell them on Ebay. I almost got back what I paid for them so I was happy with it. If you really do not care how clean your low end sound is then these may be for you. But with the style of music that I partake in (dance, techno, hiphop and pretty much anything upbeat) these just would not satisfy me.
To JBL’s credit, these are more of the “affordable” speakers that they came out with that year. I have used about 7 different speakers from JBL and all of them sounded pretty good especially the ones on the higher price range. Maybe I just expected too much out of these speakers, or maybe I expect too much out of JBL because of some of the stuff I have got from them before. But these where a disappointment to me!

JBL JRX115
4
At first appearance the JRX 115’s by JBL are pretty big in size and in sound. They are a lot bigger than we originally thought they would be. We did have some issues with getting them in and out of the van at certain times because the van doubles as our gig van and our real job van. But they arent as heavy as they look, the heaviness was not an issue at all, they are just bigger than expected.

Now using the JR 115’s in a gig setting is a little tricky, because with these speakers I wouldn’t want to use them or recommend you use them if you are in a very large space or have more than 150 to 200 people at hand, the more people you have there the more crowd noise. And some monitors really have trouble being over the crowd. If you have speakers that cant play over the general crowd noise then it really takes away from the whole experience because you can do what you want and say what you want to say to the crowd but these people will still continue to have a good time no matter if you are playing or not. If your speakers arent loud enough it just makes you look bad and your brand.

This speakers are good, but not great. Like I said in a larger venue I don’t recommend them or in a venue with more than 200 people I would say don’t purchase them. They are big looking but the sound isn’t as big as they look, it could really end up hurting your career if you choose the wrong monitors. You must play to have the right monitors for the right situations. that’s why it is good to have a few different kinds like we keep around just in case.

JBL JRX115
5
It was in early June 2004 that I decided my old PA speakers would cut it anymore. So I decided to start looking around for some new speakers in my limited price range. I looked online and found the JBL JRX seriers speakers. They seemed to fit what I needed. I took a trip out to my local guitar center where I took a listen to them. They were just what I needed. Great bass responce, crisp highs and very loud. So I decided to buy them. I got a great deal on them for only $480 with tax. They have been good to me so far.

These speakers are very loud and have great bass responce. The bass is very punchy and thorws very well. They also have very crisp highs. They are rated at 1000 watts peak and can preform very well all the way up to around 1000. I was very impressed when I took them out to my first show.

The mid range bass on the cabinets really clutters the stage. It some times makes it very hard to hear. Other then that they are great for the price.

They seem to be very well built. They have been holding up so far. They are made from soild 3/4" MDF. The drivers are very well made too. The cabinet seems to have a ton of bass.

I feel that the JBL JRX 110 seriers speakers are great for anyone on a budget. They have plenty of power for most bands. They are also very well built. They are a great choice for small systems.

JBL JRX115
3
(Originally written by motteherbeuse/translated from Audiofanzine FR)
I used these speakers live on stage two weeks ago at a ball. They were connected to two other JBL speakers of the same series but a bit bulkier. My drummer and I (bass) noticed that they sound very loud (there were between 300 and 400 people at the ball) but also produce a lot of noise, and lows are imprecise. They were connected to a small Peavey PV 10 or 12-input mixer, an Alesis reverb effect, two good QFC amps and a small Yamaha EQ. It's important to describe the whole setup used with the product. Because I know you can get a good sound with it (the only thing I didn't know was the mixer). Of course, considering the output power of the speakers, the hum noise might seem unimportant to the audience! It wasn't a problem for them, it wasn't a concert!!

As a summary, these speakers sound very good for this sort of music but you'll need to do something about them if you want to use them at a concert. I personally own two EV SX300.

They sound great but lack a bit of power.
Did you find this review helpful?yesno
»
Read the 13 user reviews on the JBL JRX115 »

JBL JRX115 manuals and other files