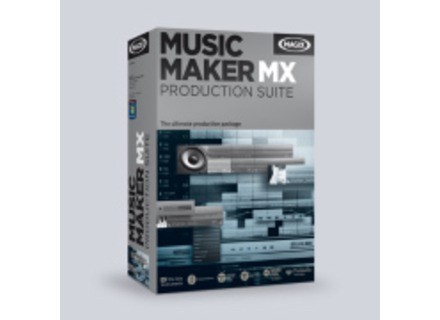 Magix Music Maker MX Production Suite
5
Installation is simple, setup is relatively simple, no incompatibilities with the rest of my gear, the manual I flew because I had the 2005 version

I for one week, but I dejas the 2005 version, so I did not have much trouble understanding it is then it is relatively simple, although I find that the interface is not just as good as the 2005 version especially for the bank's, but I was so used, what is good is that the online database creation is easy to build, but what is missing is being able to edit this track (instrument) for I am a guitarist, is should be recorded at once (without the crash!) is the you can not edit audacity as some small piece, I used to do my loops of 1 to 1.5 min for re-inject into my Boss RC3, but I luis 9 because you can not edit this track!, but fiddling may have thanks to audacity, so finding a good software that takes only a few improvements