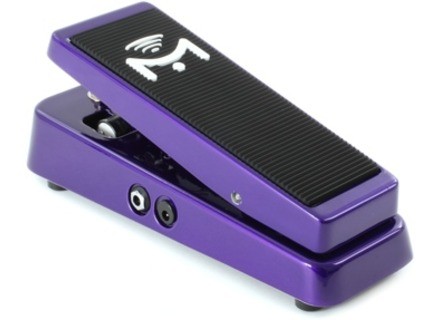 All user reviews for the Mission Engineering Rewah Pro

1 photo
SOUND:
The Rewah Pro by Mission Engineering is such a great sounding wah and likely has one of the biggest sweeps I’ve heard in a wah pedal (although you can adjust its tone and range, as I’ll explain later). Below is a YouTube demo video of the Rewah Pro by Mission Engineering, which covers its ‘standard’ setting and its customization features via internal dip switches.

A few things come to mind with this pedal. First is the broad sweep of the standard setting (it’s huge!). Second is the quality of the wah, based on a custom inductor (which I’ll elaborate upon later). Third is the ability to customize the tone by way of internal dip switches, including adding some gain, making the wah more nasally, making the wah more bass-heavy and even reducing the gain for a cleaner wah. And you’re able to use whatever combinations/dip switch settings you like to zero in on that ideal wah effect.

OVERALL IMPRESSION:
Because of the custom designed inductor (similar in characteristic to the vintage ‘halo’ inductors used in some early wah pedals), this is the best sounding wah I’ve ever heard. The quality of the tone is incredible, and is most obvious with a clean or slightly dirty amp. If you use a high-gain amp, the wah effect/signal remains very clear and obvious and definitely not noisy or muddy (or over saturated). The ‘standard’ setting also offers one of the biggest sweeps among wahs, which means more tonal variations and characteristics, particularly useful if you ‘park’ the Rewah Pro in one particular location.

Many wahs do offer customization, but I find the internal dip switch customization in the Rewah Pro highly usable. In fact, each dip switch result adds a different flavor, making it ideal for different applications, whether you want a touch of gain, a cleaner wah sound (with less gain), a bit more bass, or a shorter and more nasal result. Consequently, the Rewah Pro could potentially be the best wah out there if it had external controls, rather than having to unscrew the bottom feet to make a change. However, I’m speaking more from a ‘home studio’ user’s point of view (who always is changing things up for fun) as opposed to someone who uses a wah live and who tends to maintain one particular setting for gigs.

EASE OF USE:
The Rewah Pro is as simple to use as any other wah… you can ‘park’ it for a particular fixed tone or rock the treadle back and forth for a more obvious and wide ranging wah effect. However, the Rewah Pro requires a bit more practice when it comes to obtaining the desired result while playing – particularly if using the ‘standard’ setting with its big wah sweep and without using the internal dip switches. To explain, the Rewah Pro offers a longer sweep and has an extended range due to its large inductor core (twice the size of a typical wah coil); as a result, there’s a bit more practice required to nail those deep growls or nasally honks just the way you want or like them.

I should add that besides the extended range, you also get excellent bass response and little saturation (viz., improved clarity, which makes it ideal for dropped tuning and extended range guitars), although the Rewah Pro also produces vintage wah sounds – and that’s where the internal dip switches come in handy.

There are four dip switches under the hood, which alters the characteristics of the Rewah Pro. The first increases gain slightly, which is very useful when playing clean or with a bit of crunch – it’s like adding a slight volume boost with some overdrive, but not too much. The second dip switch lowers the filter’s center frequency slightly (reduces the width of the wah band) to give you a more nasal sound. The third dip switch lowers the center of the filter band to produce a more bass-heavy wah (I really like this one for lead playing). The fourth dip switch reduces gain slightly for a cleaner wah sound, which is very useful for Funk and Reggae music, but can be very useful when playing with high-gain amps when you want a cleaner wah signal with less saturation.

The other cool feature is that you can mix and match whatever dip switches you want to use. You may want some extra gain while producing a more nasal sound, or perhaps you want to clean up the signal along with a more bass-heavy response. As stated elsewhere in this review, each dip switch and the possible combinations all are very useful, but it will take some tweaking based on your equipment and music style (sound) to nail your ideal wah effect.

RELIABILITY & DURABILITY:
Mission engineering has a solid reputation when it comes to its wah, volume and expression pedals (I own one of each, in fact). Pots always wear eventually in a wah, but straight out of the box it is quiet sounding and very smooth when working the treadle back and forward (as with other wahs, you can adjust the tension of the foot treadle). The Rewah Pro has a good weight to it, made of metal both top and bottom, and with a heavy ribbed (for an enhanced non-slip grip) rubber topping.

The Rewah Pro also boasts a high-quality custom designed inductor, the type found in high-end audio amplifiers. Mission Engineering claims that every inductor is assembled and tested by hand at a specialist facility in the USA to ensure consistent performance. That’s a plus!

As with other (typical) wah pedals, the input and output are located on the sides. The power input also is located on the side (9 volt 1mA), although it also runs on a battery… which lasts a long time with only a 1mA draw (just remember to unplug the guitar input when not in use to preserve battery life).