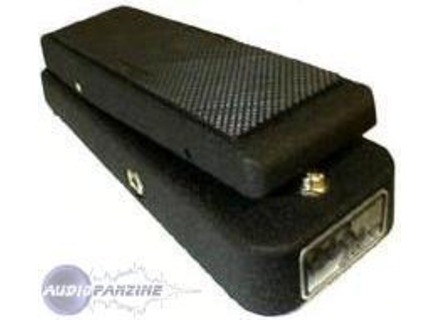 Wah-Man Wah-Wah
4
This is a wah-wah what is most traditional. It has a switch. Mine is chrome, it's pretty Aesthetics. It connects the right and left. It has a power supply (not included). It is quite heavy and solid.

To beginners, I had some problem set the switch, it should be supported as a brute to trigger the effect. Since then, more difficult. The manual? I have not had. What about the rest?

The sound is satisfactory. I think it is more like a cry-baby as a vox, with lots of treble. With some SETTING THE amp means a lightweight noise must come from potentiomtre. I use it with various Gibson, a Start and a Variax 500.

I use it for five years. I've never known problem with. Before, I possdais an old cry-baby who cracked all over. I am satisfied, particularly since the era o I bought the classic wah (cry, vox) taient expensive. The report quality price honnte the silent era.