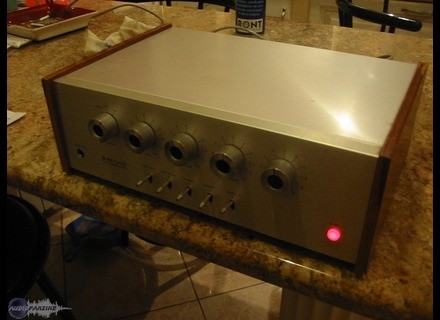 lunatic666999's review (This content has been automatically translated from French)" marvel"

Scott Sommerfeldt 235S
4
I am using this amp for 2 years already, but then it was al not restore his n was really able to appointments, rapid saturation was 4 / 10 the volume and less melodious

So I inquired and jai decided to restore it myself! Bought 50th in his days
plus 5 euro nine capacitor

it is important to all change

and many other yet

there is very correct its honeyed with a precision not too bad, warmer

it has a bump on some frequency in the low

and a fairly clear treble which has relatively strong aggressive play

and an amp or it is nothing in it but these are its strength!