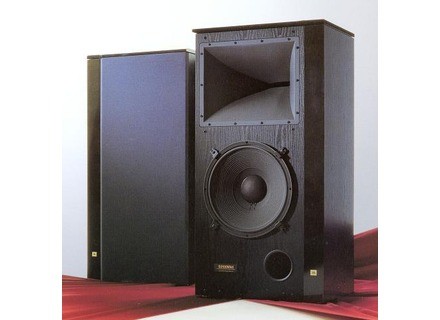 JBL S3100 MK2
5
Overall Opinion
Evolution of the legendary S3100 with an engine 1 inch actualis and more efficient, which is saying something for the premium JBL dj! the brylium is used to contrast the old engine ferrite 2425H on compression, and see better filtering. The S3100 represents a beautiful evolution towards absolute quality. The design is identical for the 2 sries but optimization Adi excellent treble frequencies brings that little extra that outperforms JBL.
JBL has contributed his touch pro at the pavilion constant directivity (JBL patent) Adi actually implat on EVEREST mythical.
Compression engine brylium 1 inch, the same as the "old" K2 S5500 is absolutely fine, dynamic and distortion-free. RARE.
Ct amplifier, you must opt ​​for equipment that quickly hits and strong, kind QSC AUDIO CROWN LAB GRUPPEN or mono blocks Marantz.
For pramplificateur, we used the McIntosh tubes, the must.
A BBE processor or DBX will add dynamics such fora strong professional touch, beyond the 90% of the Hi Fi sad time.

The sound image of these speakers is a completely unheard realism JBL puts the consumer of the service throughout its experience professionnelle.La This speaker even when primary superb sound quality scene and wide, with a cohrent balance, they are ideal for the home-cinema.

High fidlite, these speakers with excellent sound quality, bring to the realism hifistes live sound, the purity of light years of the "famous" high mid fidelit fever and intellectualize unconscious no live scene (thank you assemblers manufacturers who have never been in a piedes theater or concert hall) but remain chres, used even and few ..
Their sonority is clear, dynamic and warm. They climb easily to extreme treble with an association woofer / tweeter perfectly optimized.

I saw "Hifistes" add a tweeter in 2402, but it is a matter of taste and ear because the older you get, the less you hear the treble frequencies, it is well known, and then all the same, the great engineers of JBL mtier know them before running a chamber, seedy detractors, uneducated and imbued, would jeopardize the design!
Did you find this review helpful?yesno
»

JBL S3100 MK2
4
Improved version of the S3100 base, due to an engine 1 inch more recent and noble (beryllium) that the former ferrite 2425H engine on the compression and filtering by refining this model has taken over quickly. The design is similar in outline, and a possessor of the two models in the same context he confirmed that the progress of finesse in the high end was real.

I also have owned these speakers for a year or two before I separate them, they left me somewhat perplexed, given my experience in the brand, both in the range hi-fi in the range pro.

The idea, they wanted to copy the idea of ​​constant directivity horn previously accomplished on Everest, but for a price and volume and a more affordable model 2-way ... Do not dream, unfortunately, it does boxing at all in the same category, far from it ..

1 inch compression motor beryllium, the same as the "old" K2 S5500 is, on paper, far more noble than the old engines ferrite of the previous generation titanium dome.

In practice we are somewhat disappointed sooner or later, why?

These speakers are still most important quality for a wide and stable soundstage, with a homogeneous equilibrium, they are ideal for home theater.

In hard-fi, I can not help them find glaring faults, at least in my normal listening conditions, and in comparison with other models.

I think they sound a whole (equal to material upstream) dull, too dull, lifeless, it's still pretty up in the treble, but the marriage with the boomer is not always clear, it does not go down so much, and it lacks a bit of speed to overlap with a pavilion large enough ....

To get more air on the soundstage, and degrease the lower midrange, one must decouple the soil is essential, and it also erodes serious, which is in a low volume, does not low down ...

In short, raw casting, we went around after a while and we want to move on (at least in stereo, to screen the soundstage is rather a sacred asset) I seem to drive but smaller models of the brand have given me greater satisfaction hearing.

So of course they can upgrade by strengthening the body, by weighting, particularly at the base, putting capas racing on the filter, by amortizing the pavilion, by adding a super tweeter, etc. .. but hello the job ..

Finally, some of them are successfully launched and draw better, we gain in clarity and definition, dryness of the attacks, I had the opportunity to hear one of these changes, it was actually really nice even without the addition of the tweeter, but for my part, nothing worthy of the cash at "IQUE" repulses me!

Finally, in time, cheap and in good condition, it can be tempting pourleur next "show", but not successful ... We will have to say that there is excellent and the price components of the pair of speakers is pretty much the components added in pieces ...

So from this perspective, it's different ...

Everything will depend on the opportunities and the use in fact, the idea of ​​a mixed ensemble it can be tempting, easy to share with family.