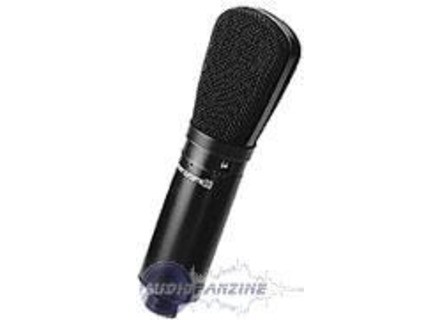 All user reviews for the Beyerdynamic MC 834

Beyerdynamic MC 834
5
The BeyerDynamic MC 834 is a large diaphargm condenser microphone for use strictly in the studio. As with any microphone, you can cross over to live sound if you want, but this is an expensive microphone and I'd highly recommend not bringing it outside your studio. The mic has a very high SPL for a condenser microphone and boasts a frequency response of 20 Hz to 20 kHz. It's got attenuation both a -10 db and -20 db and also has a two position low cut. The mic has a standard cardioid pick up pattern.

The BeyerDynamic MC 834 is an excellent microphone for a variety of applications. I only recently had the chance to use the microphone on a session that I was working on. The producer on the sessions brought this microphone in, as it's not one that's owned by the studio. We were using it a mono room microphone for drums and hitting it hard with an outboard compressor - an 1176 to be exact. We first tried it out without any compressor, which got us a really nice and clean sound. It was only taken up a level when smashed with the 1176 as it was a really good vibe and nice blending sound if not as clean as it was without the compressor. I haven't had the chance yet to try this microphone for other applications, but I'm fairly certain it will work well across the board in terms of applications where you'd want a condenser that can take a bit of heat. The MC 834 isn't cheap however, as it costs a bit over $1,000 US dollars. This isn't terrible for a great mic like this, but for home studio owners it's going to most likely be a bit much and I'm not sure it would be my first choice for a mic in the price range anyway. The bottom line is that the Beyer MC 834 is a really great condenser mic and is one every engineer and audio enthusiast should check out!