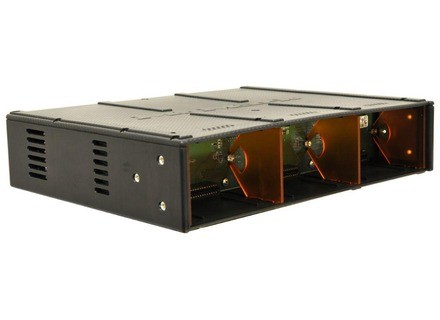 MoMark Amp Frame 800, Other Bass Amplifier from Markbass in the MoMark series.

funky-bassist's review (This content has been automatically translated from French)" A perfect balance that is finally tied the game, and LOW SETTING THE SETTING AMP"

AMP FRAME: 500
Analog power amp 500W @ 4 ohm / 300W @ 8 ohms
Custom digital power supply
in output of the amplifier:
- 2 output jack / Speakon
- 1 Tuner output
- 1 XLR Direct Out
-1 Send effect to send the signal to stomp without signal loss
1-Return to effect the return of the EFET pedal on the amp
1 pre / post eq to send the signal on DI or table with or without amplification
A ground / lift for the earth

Another point, the head can also operate without BAFFLE, just as the builder put the master volume to 0 (not vital but useful over time) and will work as head preamp.

Configuration very simple and intuitive, the filters are very easy to use, 1 is used for a more vintage, the other reduces the mids and increases low and midrange for a more dynamic slap. We obtain the desired sound very easily. on the other hand I put 9 because the electronic and technical explanation is not very well explained and textbooks are not very easy to decode.

EQ is just perfect with 2 semi parametric mids. If we wanted to push the stuff to the extreme one could add the semi-parametric for the low and highs but I do not think this is crucial for the final signature sound.
It happens to sound very round and warm by putting a little of the 2 filters and equalization with corigeant. In short it is very simple and it sounds monstrously good. The sound is very clear, precise but wish to push the filter vintage can easily get to sound a little dirtier. You'll understand one can do anything on that head.
I play on a Fender Marcus Miller, and my setting is as follows:
Vintage-Filter has 2 / 10
Filter-slap to 3 / 10
EQ: - 4 db low, -2 2 low mid mid high high + 3

I play mostly jazz, groove, you'll understand these amps are rather intended for jazz musicians since their precision and grain. (Aillrus to just look at the list artists to realize)
So you see it's still very faithful to his source of the instrument, then I played with the microphones bass mainly. The peculiarity is that this amp delivers the real sound of the bass "Intuitively you will find it very easy to get the sound you want from your bass, filters and equalization + touch on your instrument that is very improtant on this face because, given its accuracy, it must be attentive to your game that greatly affects the sound. for me it perfectly balanced between THE GAME and THE LOW SETTING SETTING AMP and I think this amp perfectly balances each of these parties are all important as each other

I bought one months ago and uses it to its maximum configuration: on baffle in preamp and XLR out for concerts. I tried a Little Mark III before but what attracted me to this head is that you can change the modules. I also invests in the module with preamp mute and did not exit line out on my model because I find it useless. Here you basically make your head comem you want and that's what's great. Each module is worth between 90 and 130 euros for normal quality modules and ET are more expensive (like 150 to 180) euros but then if you want to change your head just to exchange modules or sell and buy one Another limiting costs.
The value for money is your best that we can know on a bass amp, amps made in Italy, high quality and affordable (compared to the quality of efabrication). I do it again without hesitation that choice and I will continue to invest in this brand that has a bright future ahead of it by buying a 104 HF cabinet I think to go with the head. Y GO DARK EYES CLOSED!!

Markbass MoMark Amp Frame 800
5
momark the series is a series to "do" the measure. on a common frame that has the amp integret there are 4 types:
250w 500w and 600w and 800 analog and digital w
then you put all 3 modules at the locations planned for
-The first is for peampli:
transistor is either light or with or without mute and of course the input gain with clip. with or without mute but it's good to have because it automatically has every power and prevents the AC "POC" Power to the lamps dammage and it should be noted that the lamp aporte a grain rather nice even if it fails to do distort sound like some preamp lamp but the grain is here and beautiful!
It is the second equalizer:
it is an empty block of any adjustment for those who have a foot pedal or by example, or a 7-band graphic or 4 conventional knobs or last in which the two mediums with more frequency adjustable ... It should be noted that all adjustments are very fine and effectiveness! if you turned the sound changes a bit a bit much and the sound changes a lot! it sounds stupid but frankly not everyone just say the same and even prestigious brands whose names I lands
It is the third control / filters:
we get the master out (the volume of the amp)
and both VLE and VPF filters, the first is an emulation that simulates the old amp cutting treble brightness gradually to a more rounded and soft with a deep well in the spirit R § B drunk rock and properly seated. .. the VPF is it the opposite by digging mediums and subject extremes make sure that the slap is slamming and accurate, that the serious and well becoming filled fleshy
then for some modules there is the Holy Grail of his inge, I called the line out setting!
at the back there are two Speakon outputs, an effects loop, tuner output and two for inter pre / post and the gnd (ground) and direct output out of very good quality!

cofiguration is simple and the sounds are all there! there is nothing to say than thank you markbass because the adjustments are effective and precise, the power punch and really related to the figures released.
lamp brings a real non-negligible in view of the difference in price and also provides a mute who make the flash separation modules with this storm / yellow pretty damn funny .. the filter are simply obvious to change in 1 / 4 seconds to travel from the sound of the blues brothers duck dunn has maecus stanley clark miller or via jaco and Alain Caron who also played on as many aristea .. ..
you would have understood it plays in the course of the great future here and if you do miss a module or simply want to change cofiguration, well it's possible without any change and big bucks green and purple .

I play a bit of everything and one thing is for sure is that the sound is clean and very loyal to my passive Fender 5c was found to be sending a powerful and accurate in every style has its truth may be light saturated because it remains musical without being saturated even if the grain is there and recognizable.
a very good amp that has a sell fishing, minimum weight, a unique modularity, settings and sound very effective tjr musical even though it may be very very very very serious and crystal clear.
It is strongly recommeded cons to add to it a good speaker because it would damage the curb by a reduced bandwidth because it is really clean from all the sub bass to crystal clear treble and clacking

my configuration is the preamp with digital 600w lamp, the equalizer four plus two knob mediuns for parametric and the master with two filters and setting out direct
I had lots of amps, the Peavey, § kettner of Hugh, the nemesis of the tc electronics, Hartke, Ampeg and it's really more neutral and clean as I had.
I like everything and especially SETTINGS really effective and generous power of the punch.
I referrer the same choice if I had to keep a head amp configuration more baffles or I would stay home on markbass it !!!!!!!!!!!!!!

Published on 04/15/09
A new company has succumbed to the video contest craze: Markbass is offering you the opportunity to win a MoMark amp.