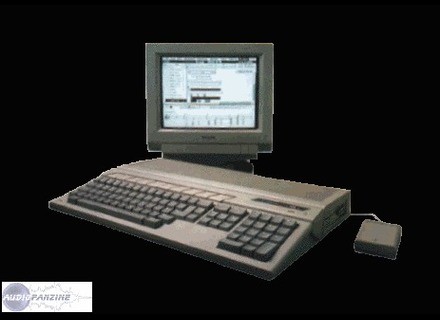 Falcon, Other Computer from Atari.

Strider.mjjprod's review (This content has been automatically translated from French)

Atari Falcon
4
- I use mine since 1996, but I got over that MIDI music rcemment (late 2003).
- What I like most is the ease of use, reliability and expansion options ... What I like least is the lack of power of BCAN and input / output sound at the micro level and not in line. Another advantage: lots of music software available.
- Before I buy another Atari possdais less potent (1040 STe).
- Trs qualitprix good value, compared to other Atari (ST, STe, Mega) can make the audio in addition to MIDI. Trs good choice for beginners and amateurs little fortune.
- I would do this choice, and I've been dj since I purchased another Falcon in order to run a software synthtiseur above.

airaim's review (This content has been automatically translated from French)

Atari Falcon
5
I use the Falcon since 1997. It was customized for his departure (RCA line-in, increase the max ram). What I admire is its reliability and intelligence, with 14 mega of RAM, it's amazing stuff. At the time I bought it, and I took time to make up my mind, the PC (200mgz) continued to stammer in midday was all a matter of translating. Today, he is unbeatable toutjours noon. Cubase-Audio works great on it. the score function that I use all the time is great. Good course for the audio, you need time, a beefy hard drive and a CD burner. What to remember is that this is the first machine to come out with a microphone jack on the back, while SCSI acquisition impeccable ability to normalize after). Of course, I had Atari 1024 (inflated to 4 am), obviously it looks like a prehistoric man with it. I do not regret that the issues regarding to switch to PC or Mac that I meet today. But I continue to admire this machine, and I hope to have the same address on the new machines with Cubase Audio Falcon. For the use I make it serves me well.

flacon030's review (This content has been automatically translated from French)

Atari Falcon
4
Hello all
I have my personal falcon since its release, namely in 1993.
Before that I had a 1040STE.
I took it for its audio quality, the PC had not at that time.
I personally do not use the MIDI part, but only the audio portion of the raptor.
6990Frs has taken for his time, he offered more than just a PC, and as I see 1993 as I could already play MP3 with the DSP has only 32MHz, it is still dream.
In addition a team of CT60, it's still a very nice machine.

Advised all those who want to start a music-making head way.
And if by chance you have a SPDIF, many things become possible.

Also the graphics with apps like APEX, is no exception.
There is also excelling Calamus SL (which is still in development, we are at version 2006).

See all 13 photos of Atari Falcon »

Other Atari other Computers